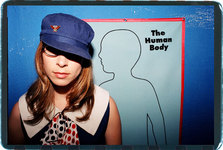 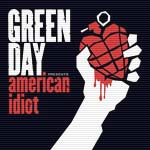 New music smacked me upside the head recently, and I’ve enjoyed it enough that I thought I’d mention it here.

First, Nick wrangled everyone to go see Laura Veirs a couple weeks ago. She played at Bottom of the Hill, which has a decades-long tradition of live music, and hosted the likes of Bad Religion, Fu Manchu, and Beastie Boys before they hit it big.

More importantly, Bottom of the Hill is conveniently located just a few blocks from Kieran and Denise‘s loft, where we pre-partied. And thank god we did, because the one warm-up act we saw was a little lacking. It was definitely experimental, and minimalist, so maybe it was just over my head…as well as everyone else’s in our group… :P

Laura Veirs herself was great. She has a modernized folk sound, acoustic with electronic overtones, and she does it well. Her voice sounds better recorded than live, but it was still fun to see her on stage.

Just a few days later, Green Day‘s American Idiot smacked me upside the head all over again. My sister knows punk music well, and she’d played a few local bands for me before, but American Idiot was the first punk album I’d ever listened to in its entirety.

Wow. It’s a hell of a ride. Granted, Green Day doesn’t exactly do complex, nuanced music or deep, intellectual lyrics, and this album doesn’t change that. Still, it’s raw, emotional, and powerful like nothing else I’ve heard recently. On top of that, I really enjoyed learning about a new music genre – its chord progressions, lyric structures, and other conventions. It left my brain happily stretched.

I know how ironic that sounds, considering that Green Day is a multi-platinum band in a genre that invented the term “sellout.” And yes, the idea of a rock opera did rub more than a few punk purists the wrong way.

None of that really bothers me, though. It’s great, great music. I’m just glad it smacked me upside the head in the first place.