I’ve been lazy about posting recently, so I haven’t mentioned lots of fun stuff that we’ve done. Here’s a recap, most recent first: 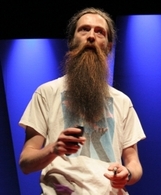 Vanessa and Nuri and I went to see Aubrey de Grey speak about life extension research at Stanford. Very, very cool. He does basic research and runs a foundation, but also enjoys the controversy around his ideas and parlays it into funding. Regardless, he’s crazy smart, crazy energetic, and has no filter whatsoever, so he’s an awesome speaker. 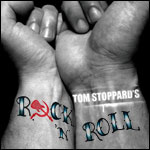 Last weekend, we went to see ACT‘s production of Tom Stoppard‘s new play Rock ‘n Roll. I hadn’t been to a play in a long time, but I really enjoyed this one. It was largely a vehicle for politics and philosophy, but it was still entertaining, thought provoking, and very very polished. It’s also critically acclaimed, which never hurts. Thanks to Nick for organizing!

The new SF Symphony season finally started! Strauss headlined the first performance I went to. Emanuel Ax played piano, and Peter Oundjian conducted. I was particularly surprised by the Tchaikovsky piece, which was striking. I had no idea he’d done any tone poems! 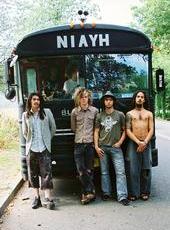 A bunch of us went to see Chris Babson‘s new band NIAYH play at the Hotel Utah a few weeks ago. They may have an awkward name, but they’re great musicians and some of the nicest, sweetest guys you’ll ever meet. They were also on the last legs of a grueling cross-country tour, so they were looking forward to going home. Happy trails…

Ken and Tina got married! This one is big enough that it deserves a post of its own, and it’ll probably get one, eventually. Until then, you’ll have to be satisfied with a few early photo collections. 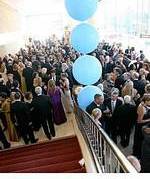 Orkut, Derek, and Marissa invited us to the SF Symphony Opening Gala. It was the first time I’d been, and it was much more of a socialite event than the normal performances, but it was still a lot of fun. And the outfits! OK, us guys were boring in tuxes, but the gowns were stunning. The Chronicle’s society page agreed. 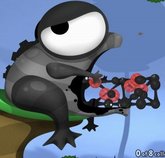 Finally, I’ve had a lot of fun with short, sweet, downloadable indie games recently: World of Goo, Braid, PixelJunk Eden, and Echochrome, among others. World of Goo and Braid, in particular, are highly recommended. So fun, and such memorable experiences!