I’ve seen some good live music recently. San Francisco Symphony performing Beethoven, Roy Hargrove at Yoshi’s, and the Nels Cline Singers and the Bottesini Project at The Independent. All interesting and worthwhile, all strikingly different. It’s been fun to think about how, and why.

I go to the symphony regularly, and I’ve written about it before, so I won’t belabor the point. Suffice it to say, Beethoven may run the gamut, but he was undeniably a master, and the pieces we heard were no exception.

A week later, we went to Yoshi’s to see Roy Hargrove, one of the best jazz trumpeters around. I love jazz, but I hadn’t been to a show in a while, so I enjoyed it. It got me thinking about the differences between jazz and classical. Plenty of ink has been spilled about that before, by people much smarter than me, but that’s never stopped me before! 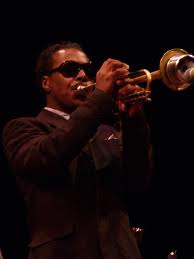 Both are very technical. Classical has a wide range, but jazz may be a bit narrower and more homogenous, both the genre and individual songs. They contrast a fairly rigid, high level structure with looser, free form bars and measures. Unlike classical, improvisation is common.

Some of the most interesting parts are the smallest ones. Like contemporary classical music, jazz uses its own scales, chord progressions, and rhythms. Its musicians aren’t afraid to tweak and even abuse their instruments to get strange, exhilarating sounds. They’re not unlike circus performers, all the way down to drum rolls and spotlights for solos.

The show at The Independent was easily the most interesting of the three. What we heard is evidently called “experimental,” but that may be too kind. They abused their instruments and made strange sounds too, but they never managed any musicality or rhythm. They’d play a single riff for minutes on end, with little to no variation, then explode into wild, dissonant cacaphony. Sometimes they were in sync, other times they seemed to be playing entirely different songs. It was unpleasant at best.

We only lasted a few songs. Before we fled, though, I couldn’t help but notice the audience. The music may have been painful, but unlike most gigs, the crowd was quiet and intent. Many seemed to be musicians themselves. I couldn’t help but think we were missing something.

…or maybe not. Still, two out of three ain’t bad. Next up, Justin Bieber?