Have you ever heard a double negative phrase like “not unlikely,” or “impossible not to,” especially in intellectual discussion? These phrases are evidently called litotes. Plenty of other people have noticed them too, most famously George Orwell in his essay Politics and the English Language: 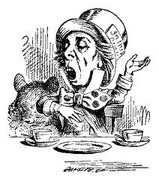 …the banal statements are given an appearance of profundity by means of the not un- formation…the ends of sentences are saved by anticlimax by such resounding commonplaces as greatly to be desired, cannot be left out of account, a development to be expected in the near future, deserving of serious consideration, brought to a satisfactory conclusion, and so on and so forth.

I’m a fan of the Strunk and White school of thought: say it as simply and briefly as you can. That keeps the focus on the message itself, as opposed to the medium or presentation. I find that my best writing and talks happen only after I cut and edit down as much as possible. The message has to dig out from under my own unnecessary layers of writing, revision by revision, before it can shine on its own.

Litotes are one of those unnecessary layers. If something is not uncommon, it’s simpler and clearer to say it’s common. If there’s no lack of something, there’s an abundance of it, or even better, there’s a lot of it. Skip the rhetoric and just say so!

I get why litotes are attractive. In particular, they’re a way to hedge or downplay a claim. Smart people tend to know their own limitations, and if they’re talking about something that’s even a bit uncertain, litotes are a simple way to convey that uncertainty.

Still, if you’re smart, and you’re talking about something meaningful, your audience is probably smart too. They know that things are rarely black and white, and they know when a topic is too broad or complex to be absolutely certain. Why cover your ass with opaque rhetoric if your audience already gets it?

Sadly, I’ve picked up the bad habit, and I use litotes occasionally too. How about this: I’ll quit if you quit. Deal?