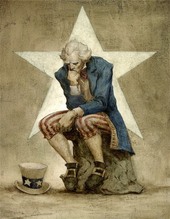 For a long time, I thought economic inequality was basically OK. Sorry, I should rephrase: I thought it was bad, of course, but not inherently harmful. I changed my mind recently, and I’ve been reflecting on why and what I can learn from it.

The complaints about inequality always seemed to boil down to the same thing: fairness. Inequality is unfair, so it’s wrong. I’m human, so I’m naturally sensitive to fairness, but it still didn’t sit right with me. I just didn’t see the concrete harm. A rising tide lifts all boats, so if poor people still have a good quality of life, what’s wrong with rich people being rich? Plus, incentives are important, so we want to reward people who work hard and create value, right? Not to mention that we’ve never found a reasonable, effective way to prevent inequality. Socialism and its cousins clearly aren’t it.

I flattered myself by thinking I’d analyzed the issue thoroughly and reached the best conclusion. Of course, the more likely story is that I inherited it from my parents and friends, like we all do, adopting supporting arguments after the fact to satisfy my ego. Regardless, whatever the reason, I believed it.

Then I started noticing research from people like Richard Wilkinson, Jill Eisen, and The Equality Trust showing the concrete harm. Wilkinson, for example, compared relative inequality in hundreds of countries to all sorts of societal indicators – health, divorce, crime, voter turnout, even trust – and found that they all correlate strongly. The famously equitable Scandinavian countries, for example, fare well across the board. Countries like the US, not so much.

I’m an engineer, so I have a natural affinity for research and data, and after reading enough of this, I found myself convinced. Correlation isn’t causation, sure, but even if inequality is just a tracking indicator, you still want it to go down. Too much relative inequality is inherently harmful. 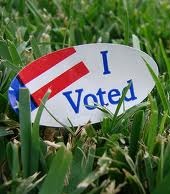 This isn’t the first time I’ve changed my mind about politics. I believed in capital punishment too, a long time ago, until I heard a fascinating thought experiment. When we look back at history and policies like slavery and genocide, we all agree they’re wrong. In 100 years, when people look back at us, what will they think we got wrong? I couldn’t come up with much, and still can’t, but I figured capital punishment was one candidate. I just couldn’t imagine we’d still be killing people as part of our social contract.

What can I learn from all this? First, I expect I’m wrong about lots of other things too. I’m resigned to the fact that most of my core beliefs probably developed early on, in my subconscious, and only later did I circle back to justify them with intellectual arguments. If those instincts were wrong about capital punishment and inequality, that’s probably just the beginning.

Second, I need to fight to keep an open mind every minute of every day. I didn’t change my mind because I got smarter or thought harder, but because I learned and absorbed new ideas. I need to be ready and willing to do that all the time, even if it’s not easy or fun.

Finally, all this has made me curious about politics in the media. I’m a firm believer that you can’t change other people, you can only change yourself, which makes the usual persuasive editorials and analysis seem odd. They endorse this candidate, disapprove of that policy, weigh in on this or that ballot measure, but do they really change people’s opinions? How about some storytelling instead, some personal journeys and heart-wrenching mea culpas?

In any case, thanks for your patience during this bit of navel gazing. I won’t make it a habit, promise.

11 thoughts on “Reconsidering my politics”