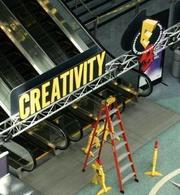 E3 is here! I love games, and E3 and GDC always give me a good excuse to Monday morning quarterback and second guess the platform holders, major publishers, and indie developers. There’s more than enough real press coverage from actual game journalists, so I’ll stick to shooting my mouth off like always. Here we go!

Overall, the big news this year was that there’s no big news. Microsoft and Sony aren’t ready to announce their new consoles yet, and all of their top tier first and second party developers are working on next gen titles, so they phoned it in. Nintendo revealed more of the Wii U, including games and online social features like Miiverse, but most people remain skeptical. They’ve proven us wrong before, with the DS and Wii, but they’ve also proven us right before, with stillborn efforts like Friend Codes and eShop, so who knows.

More importantly, the game industry is changing, and E3 may just not be a priority for the new players in social, mobile, and web. At its core, E3 is a trade show that brings hardware makers, game publishers, and big box retailers together to bang out space on store shelves for the upcoming year. That doesn’t matter to Apple, Google, Facebook, or many of the other companies defining the new world order of gaming, and it shows.

The old vanguard see the writing on the wall, of course. GameStop is still milking used games for all they’re worth, but it also bought digital download platform Impulse years ago. More recently, Microsoft and Sony have fallen over themselves in their haste to integrate with social networks. This year, they both announced integration with iOS and Android. (Yes, you read that right.)

Microsoft’s Smart Glass transmedia platform is interesting, to be sure, but I was just as interested back in 2006 when it was called Live Anywhere, and that ended up dead and nowhere. So, again, who knows.

The consensus was that if anyone “won” E3, it was actually Ubisoft with their breathtaking Watch Dogs demo and other solid titles. When a third party publisher has the biggest press conference of the show, you know it’s a slow year.

Otherwise, it was the same predictable parade of AAA games and incremental hardware improvements, Wonderbook notwithstanding. Sony didn’t even try to breathe life into Vita, and Nintendo’s afterthought 3DS press junket wasn’t much more convincing.

Personally, my favorite part of the show so far is Unfinished Swan, a thought provoking, jarringly beautiful gem exclusive to PSN. Sony may be clumsy, but I’ll commend them for their long-running support of wonderful, artistic indie games that really advance the medium, via Pub Fund and Minis and all the way back to Net Yaroze. It’s no wonder more and more indies are jumping ship to PSN from the ham-fisted XBLA and ghetto of XBLIG, if they don’t jump all the way to iOS, Android, or Facebook.

In any case, check out the Unfinished Swan trailer and interview. It may just be my game of show, what with Last Guardian in development hell and Beyond Good & Evil 2 pushed out to next gen.

See you next year!