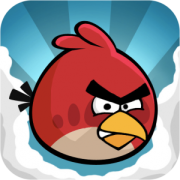 Part of my Unwriting series.

A debate has raged in the game industry for years.

On one end, people like Chris Crawford and David Cage argue that storytelling is the highest calling for games, the only one that matters. On the other end, David Jaffe, Tadhg Kelly, and Roger Ebert insist that games’ strengths lie elsewhere, and they shouldn’t try to tell stories at all. Mediators like Warren Spector and Ernest Adams try to make peace, claiming that games should let players create their own stories through emergence and interactivity.

I think they’re all right, every one of them, and I honestly wonder why they argue. Games are a huge, sprawling medium, every bit as big as books or movies or music. We have War and Peace and Fifty Shades of Gray, Citizen Kane and Jackass, Beethoven and Sir Mixalot. Why would games be any different?

The Final Fantasy series, for example, has a hallowed place in game history, due in large part to its powerful stories. Decades later, fans still get choked up when they recall Aeris’s death or Sephiroth’s treachery.

Likewise, Tetris is a masterpiece of game design, destined to live forever alongside classic games like chess and poker. Tetris has no more story than those games, nor does it need one.

There’s room for both Final Fantasy and Tetris. There’s room for Grand Theft Auto and Gran Turismo, Dungeons and Dragons and Minecraft, Angry Birds and Second Life. Some have incredible stories, others have none. Still others build rich backdrops for dramatic theater, vibrant ecosystems bursting with interconnected life, then hand the reins to the player and say here, it’s your turn, what’s your story?

They’re all equally valid. Different people have different preferences in games, a la Krpata’s taxonomy or Kelly’s four lenses, just like different people prefer comedy or action or documentary. That’s fine. Why all the angst?