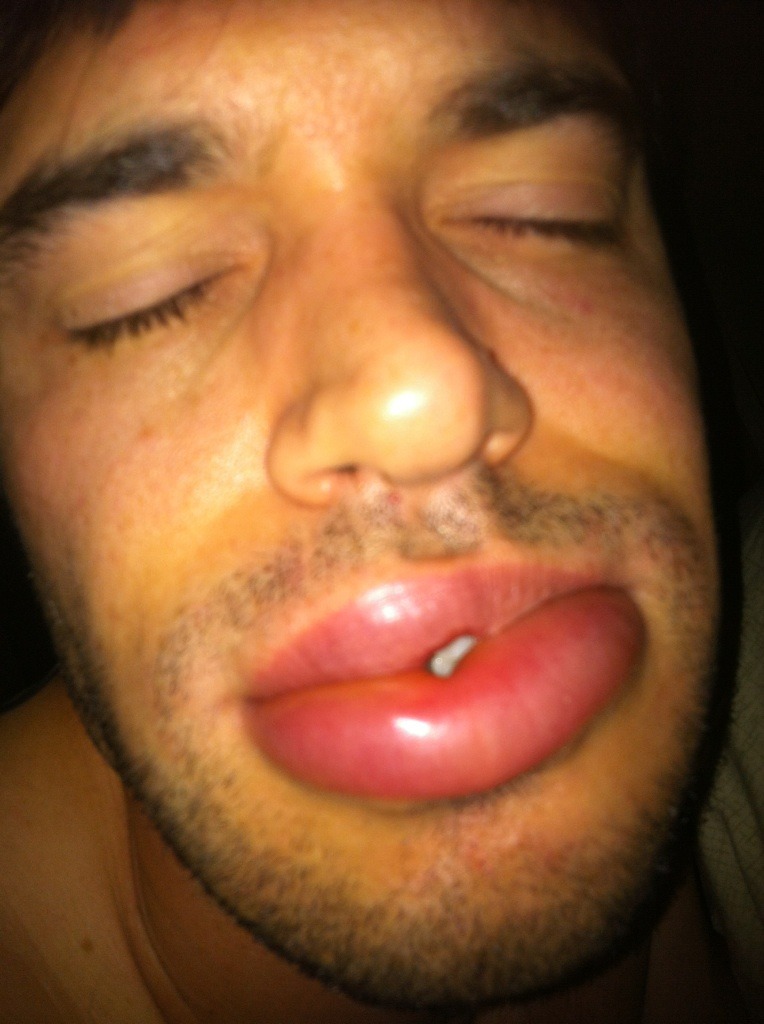 I was sitting on the couch Saturday night, not doing much at all, when I noticed I had a fat lip. I didn’t remember bumping it, or biting down on it, but I’m not very physically sensitive, so I didn’t pay much attention. It wasn’t a fat lip, though. It grew steadily over the next few hours until my entire lower lip, and then my entire upper lip, swelled up to around three times their normal size.

Nothing else was wrong, and they didn’t hurt, and I could breathe ok. Still, it was unsettling, and more than a little curious, so we narrowed down the cause in no time. We’d eaten with a few friends at a new sushi restaurant, and I’d had a favorite of mine, uni, and an oyster chowder.

I also knew that my grandfather had developed a pretty serious allergy to shellfish as an adult, to the point where even the faintest smell or touch could start his skin swelling, and eating it would send him into anaphylactic shock and swell his throat until it was closed tight. Even after he knew this and learned to avoid it, every now and then a surprise encounter would earn him an ambulance ride to the hospital. He eventually carried an EpiPen with him all the time, just in case.

Food allergies can be inherited as well as created, and anaphylactic allergies are strongly hereditary. I’d eaten uni and oysters plenty before, but it’s anaphylactic symptoms often first appear as an adult, and they develop suddenly and play for keeps. You get a single warning, and the next time, your throat may close up entirely, or your blood pressure drops by 30% within minutes. No joke.

I got the message. I’m not touching shellfish again until I get a blood panel and an EpiPen. I love my uni, but if I have to choose, I’ll go with breathing any day of the week.