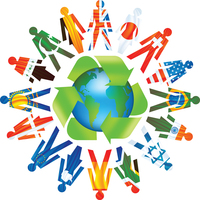 He casually tossed off this point at the end, and it’s stuck with me. I’ve been thinking about the same idea for a long time, but it never crystallized quite like this.

Scientific paradigms tend to succeed each other in history, not coexist through centuries. While still in early states of the development of science, men confronting the same particular phenomena might describe and interpret them in different ways. But these divergences…disappear. No such process has yet become general in social thought.

The fundamental difference between science and social theory is…the point where theories produce empirically testable hypotheses. The uncontrollable variations which prevent laboratory experiments with societies prevent the decisive confrontations which shatter particular hypotheses, reverberating backward to shake theories and perhaps even topple paradigms and the visions they embody.

Definitive evidence can not be expected on the grand general sweep of a [social] vision. A great deal of partial evidence may be accumulated on each side, but the evidence for or against one’s own vision can be weighed differently, and being convinced is ultimately a subjective process.

In other words, science builds consensus and makes progress by running controlled, reproducible experiments. That’s difficult to do in social science and public policy, if not outright impossible. The progress we do make – human rights, democracy, etc. – is probably due to improvements in trade, culture, and communication rather than deliberately thinking up better ideas or policies.

A corollary is that we can’t prove or disprove ideas in social science. We can’t even easily build consensus. That may seem discouraging, but I’m actually optimistic about it. If it helps us lower our expectations, maybe we won’t get as upset when we can’t agree and we fail to browbeat the “other side” into submission.

One thought on “Science vs society”