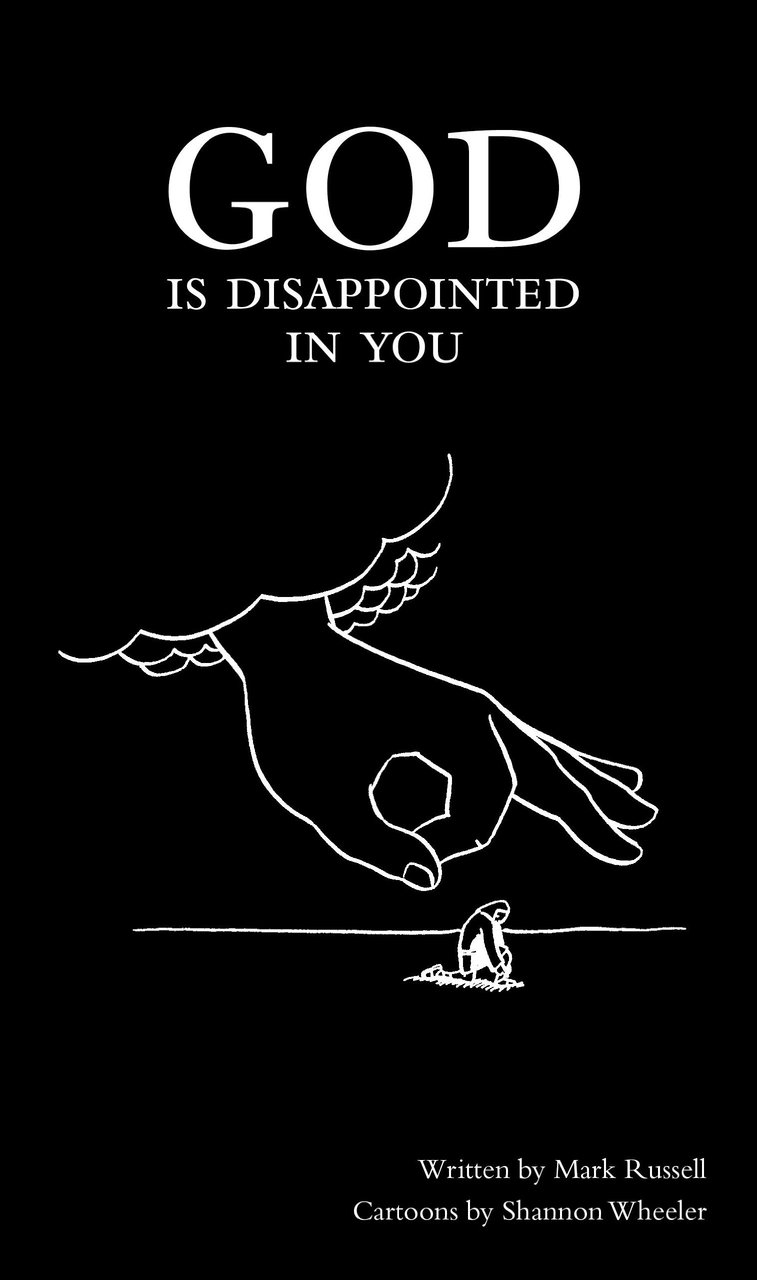 God is Disappointed in You is a short-and-sweet retelling of the Bible with modern language and an unrelenting sense of humor. It’s hilarious. Here are some of my favorite quotes so far.

God “discovered” the Promised Land in much the same way that my mother discovered the Olive Garden. Everybody already knew about it, and it was already full of people when she got there, but hey, unlimited breadsticks.
When the Jews arrived at the Promised Land, they were a little irked to find the place overrun with pagans…God ordered them to celebrate by killing all the men, women and children. He also ordered them to kill their cattle and their sheep and throw all their belongings into a bonfire, as if [they] never existed. So it was sort of like, “You know, maybe we really did discover the Olive Garden.”

God took a shine to a 75 year-old man named Abraham…Abraham’s descendants would be his chosen people. To finalize the deal, Abraham agreed to cut a tiny bit off the penis of every man who would ever be born into his family. Contracts worked differently back then.

Jacob’s real rock bottom moment, though, came when he broke his arm wrestling with an angel. God changed Jacob’s name to “Israel,” which means “one who wrestles with God.” As far as I know, Israel is still the only nation named after a wrestler.

God told Moses to take his people into the desert and await further instructions. The Egyptians had made running a government look easy, but Moses quickly learned that it’s actually kind of a grind, especially when you’re leading a nation of people on what is going to be a 40-year nature hike.

Wherever they went, tens of thousands of Israelites would suddenly show up uninvited, trampling the grass, devouring the crops, and drinking everything in sight. They were like a plague of locusts or hippies.

“If you do these things and observe all the other laws I’ve given you, then God will lift you above all other nations. If you don’t, then God will send a hairy foreigner to steal your girlfriend…And if God wants you to do something, don’t ask too many questions, just do it, even if it’s kind of weird.

Samuel came across a handsome teenager named Saul, who was out looking for some lost donkeys. Thinking this was some sort of sign, Samuel made Saul king. It turns out that donkey-catching is not the best qualification for being a head of state, and Saul was something of a disaster. 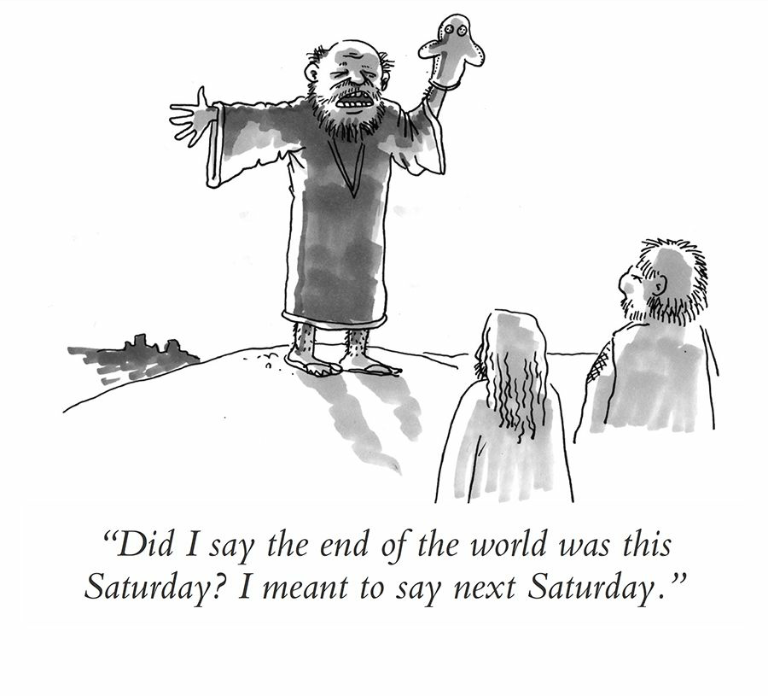 “Nice, David, really nice,” Michal said, scolding him. “It’s bad enough that you did that God-awful dance, but then to expose yourself? To the slaves and everyone?”
David mumbled defensively.
“What did you say?” Michal growled.
“I said it was just a tip slip.”
“It was a humiliation, is what it was! What, were you raised by farm animals?”
“Sort of.”
David did not like being reminded of his redneck past. He went to bed without even giving Michal a goodnight kiss. Apparently God apparently took David’s side, because he cursed Michal with infertility, which may or may not be a nice way of saying that David stopped sleeping with her.

In my last letter, I got a little carried away and implied that the world was about to come to an end. I’m sorry if I misled you. Hopefully none of you made any major purchases.

Be sure to pass the collection plate at the beginning of the week when people have money rather than at the end of the week, when everyone’s broke. I know this is difficult seeing as how you have your services on Saturday and all, but it’s important to hit people up when they’ve actually got the cash. If need be, we can always move our church services to Sunday.

Isn’t it great to be a Christian? You used to be a bunch of crazy pagans, running around, jumping on the furniture, having sex with whoever you wanted. But thanks to the power of Jesus Christ, you’ve been transformed into new, fulfilling lives, full of self-denial and persecution.

…and my favorite piece of trivia so far: before the devil was named Beelzebub, he was named Baal. I’m fascinated when a culture gives a single god or deity multiple names, and I’ve always loved the (Judeo-Christian) devil’s – Beelzebub, Lucifer, Satan – but I didn’t know, or maybe forgot, that Baal preceded them all. Even better, Baal wasn’t anything special in his time, just one of the many gods worshipped by the different Hebrew tribes.

Jehu asked the priests of Baal to meet him at their temple, so he could get off on the right foot with their god. This turned out to be a sting operation. When they showed up, Jehu killed all the priests. Then he converted Baal’s temple into a public restroom. As a joke, Jehu changed the sign on the doorway from Beelzebul, which meant “Baal: Lord of the Heavens” to Beelzebub, which meant “Baal: Lord of Flies.”

11 thoughts on “God is Disappointed in You”