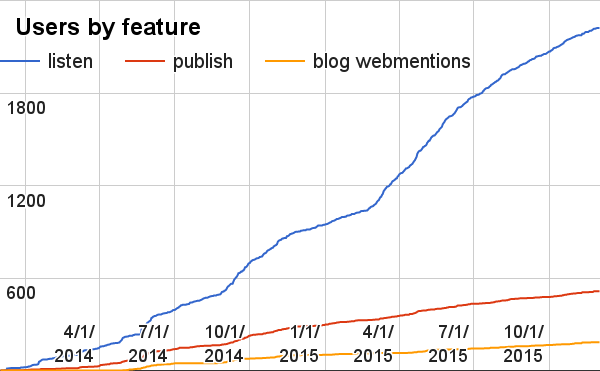 It’s been over a year since I last compiled usage statistics for Bridgy, our little IndieWeb side project, and IndieWebCamp SF last week was good motivation to update them. Here they are! 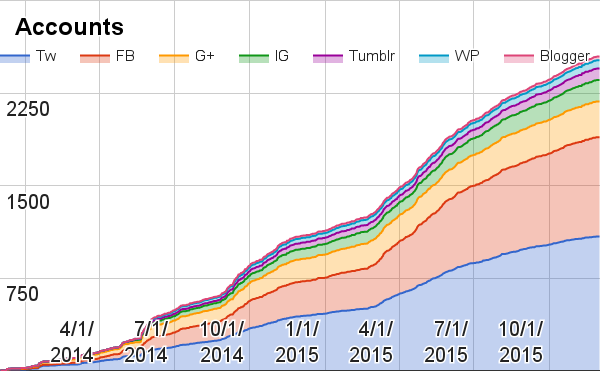 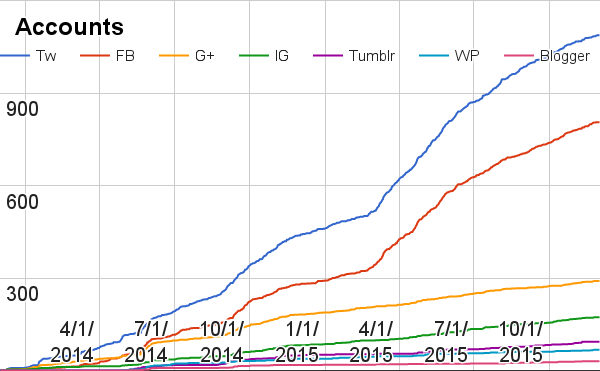 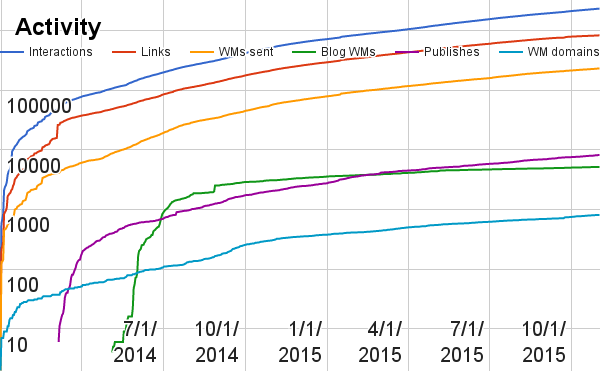 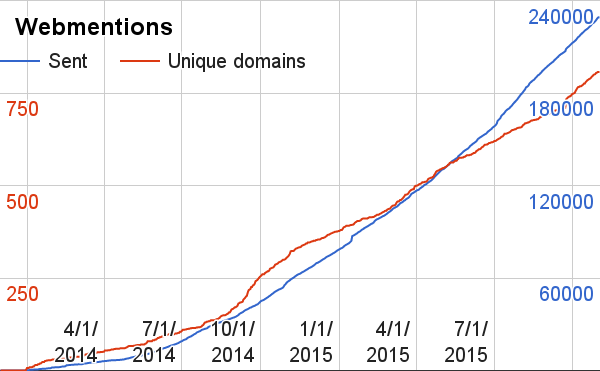 The patterns are broadly the same as last year, so I won’t belabor the obvious. A few high level thoughts:

Methodology for generating the stats: download Bridgy’s latest datastore backup, run to_tsv.py on it, import the output file into this public spreadsheet, and use it to generate the graphs. Details here.