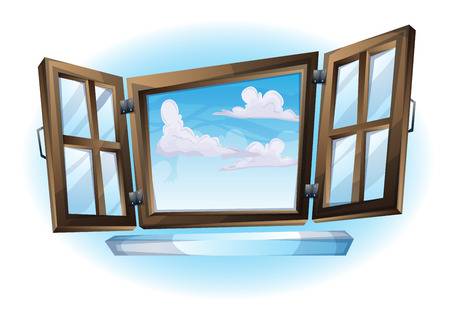 I use Facebook. Not a ton, but I use it. I tweet, I Instagram, I read blogs. I do much of my work on GitHub. I’m on mailing lists, IRC channels, StackOverflow. Not LinkedIn, but that’s an exception. I say all this to show that I spend plenty of time on the Internet. More than my fair share.

And yet. If I hang out with people on the Internet, I generally already know them in real life. This puts me a bit at odds with online communities like open source, the IndieWeb, and others. I participate in them now and then, but I sometimes find it hard to relate to their needs and interests. They’re online communities, and I don’t really…commune…online.

This is not remarkable. For most people, it’s actually the norm, although that’s changing quickly as the more and more of the world gets online. We’re well past the halfway point! It’s a bit unusual for nerds like me, though, since discovering the internet has long been a rite of passage for us.

Well before the web and social networks, a goth kid didn’t have to feel different or weird or alone. They could borrow their parent’s computer, dial up a BBS, post a forum, and find goth compatriots. A gay kid deep in the Bible belt could sign up for AOL or Prodigy or CompuServe, join a chat room, and hear that they’re not broken or sick. That it gets better. And a scrawny downtrodden geek with two left feet and coke bottle glasses could find a dog-eared copy of K&R C, follow the bread crumb trail to Unix newsgroups, stumble onto Linus’s famous post introducing Linux, and discover her calling in life.

This is the great, techno-utopian vision of the hippie tech community of the ’70s and ’80s. Many of us in tech today are still following the echoes of foundational projects from this era: the Whole Earth catalog and the WELL (Stewart Brand et al), WIRED Magazine (Kevin Kelly et al), the Internet Archive (Brewster Kahle and John Perry Barlow), the Homebrew Computer Club, GNU (Richard Stallman), Xerox PARC and the Mother of All Demos (Douglas Engelbart et al). They set the stage for connecting the world across time, space, and boundaries of all kinds.

The next generation, the Gen-X-ers after hippie tech, grew up with computers. They got online as kids, or in junior high or high school. They ended up on early chat rooms and mailing lists. They learned HTML, wrote calculators in JavaScript, tested them in Netscape. They discovered sites like Metafilter and BoingBoing, found their way to (or created) LiveJournal and Blogger and MovableType, and made their own blogs. They pioneered the blogosphere and early social networks, federated them, and now criticize them at real world meetups like XOXOFest. They championed creativity, acceptance, and especially online communities, the natural extension of hippie tech.

I love this. On the other hand, I was privileged and fortunate as a kid. I caught my share of bullying and social rejection, but it never got too bad. I always found like minded outcasts who wanted to read science fiction, take apart kitchen appliances, and poke around on computers. Not to mention video games, the great equalizer.

We did all the same things as other, more lonely geeks. We ran BBSes and played MUDs, we sent messages on AOL, we learned LogoWriter and BASIC and wrote buggy games and toys. The difference was, we were all friends in real life. We went to the same schools, or lived down the street. We didn’t need to find people online to accept and support us. We’d already found each other. We went online together, not alone.

So I never really looked online for social connection or community. Later, in college, people were more mature, open-minded, and actually interested in tech – at least in the Bay Area – so I had a full social life. That continued afterward with work, friends, and activities. I spent plenty of time online, but not to make new friends or find a community I was missing.

That’s continued to this day. My news reader and social network feeds are dominated by people I know in real life. I’ve met people online, in open source and elsewhere, but those relationships often remain functional. Hey, your thing has a bug! Argh, thanks. I disagree with something you wrote! Interesting, good point.

This is all fine. It probably wouldn’t even strike me as interesting or worth writing about, except I’ve spent a decent chunk of my free time in the IndieWeb, a direct offshoot of the Gen-X online natives. I found them because we share many of the same personal web site itches. Unlike me, though, they definitely hang out with people on the internet. When they ramp up on features like who to follow, web rings, or community management tools, I tend to glaze over.

Again, this is fine. There isn’t really any problem here to be solved. I’m just thinking out loud, as usual, trying to understand a bit of non-obvious friction in my life. Hopefully I’ve crunched a bit more data and information into knowledge, if not quite wisdom. I don’t hang out on the internet, exactly, but that’s ok. I’m definitely glad other people do.

17 thoughts on “I don’t hang out on the internet”