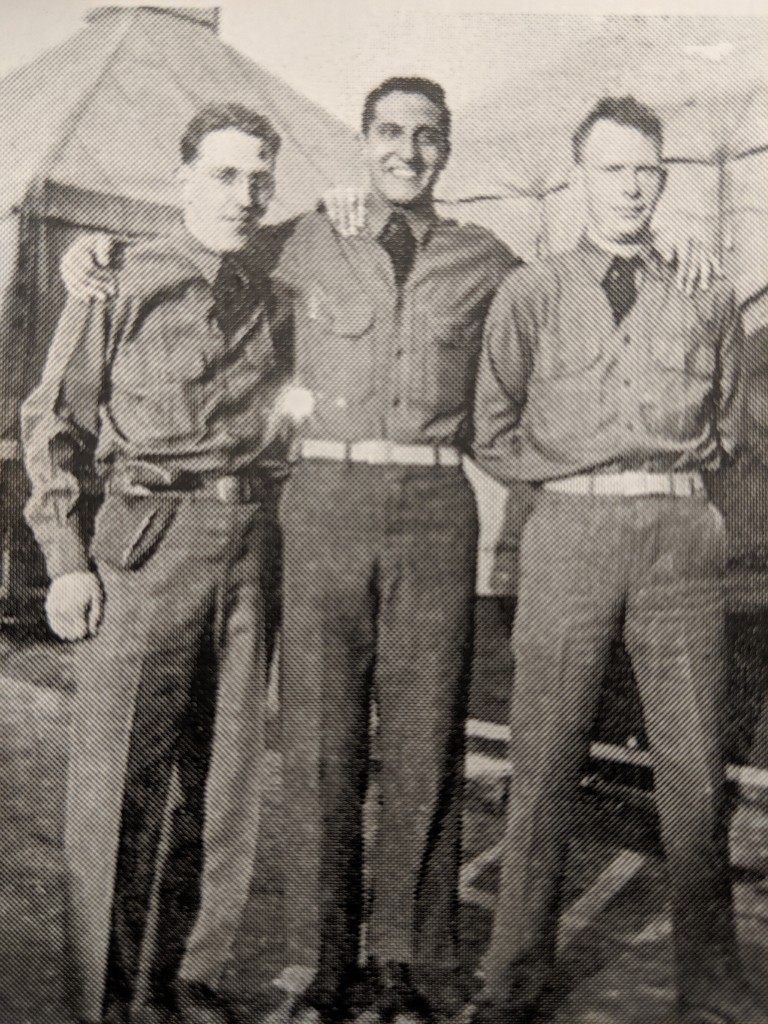 In late 1944, his company crossed the Vosges Mountains in eastern France on a mission to establish contact and supply lines with the Second Battallion. After hours of marching, they came to a field, started across, and immediately took direct machine gun fire. Ray was hit in the leg. He could barely walk, but still managed to help drag the rest of his company to cover and safety where medics could tend to them.

That was Ray’s last patrol. As one of his men, Sergeant Roy Christensen, put it: “You’ve got a beauty here. You’re going back to the States for sure. It’s a white foxhole for you.” Surgeons had to remove three inches from his left leg. He walked with a platform shoe and a cane for the rest of his life.

Ray was later awarded three Purple Hearts, the French Croix de Guerre, the Distinguished Service Cross, and 12 other medals. He was honorably discharged on June 15, 1948 with the rank of Major.

Thank you for everything, Grandpa.