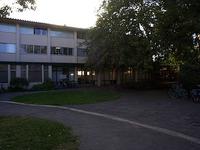 Yesterday I took off from work a little early, drove up to Palo Alto, and went to a class of 2000 reunion. This wasn’t a high school or college reunion, though. No, it was a dorm reunion. We gathered up everyone – well, ok, only a few people – who had lived in the fabulous Faisan dorm in 1999-2000, and we had a blast. We met at the Dutch Goose, a college pub famous for cheap food, pitchers of beer, and giant wooden tables carved deep with Greek symbols and initials inscribed in hearts. We found a table, ordered a pitcher and bag of peanuts, and got down to the business at hand: gossip.

“So did you hear that Fred is still at Stanford?” “No, really?” “Yeah, I don’t know what he’s doing, but I think he and Jane are still dating.” “Wow, they’ve been together forever.” “Oh my god, do you remember when we were hanging out with him and Joe and Sally, and Fred got so drunk he peed in a dryer?” “Of course! Wasn’t that on our dorm t-shirt?” “Oh yeah…and Sam [the computer tutor] helped with the Photoshop stuff for that.” “Oh yeah, Sam…he was [in unison] SO WEIRD!”

To be fair, most of it wouldn’t qualify as gossip, but we did try to catch up on everyone we could remember. There weren’t many of us, but for almost everyone in the dorm, at least one of us had seen them in a class recently, heard from them on IM, or – no joke – bumped into them on the street in New York. By the time we left, we were armed with messages and inside jokes to pass on to dormmates we talked with regularly, and we resolved to try to get in touch with the rest. All in all, a great way to spend a Wednesday night.