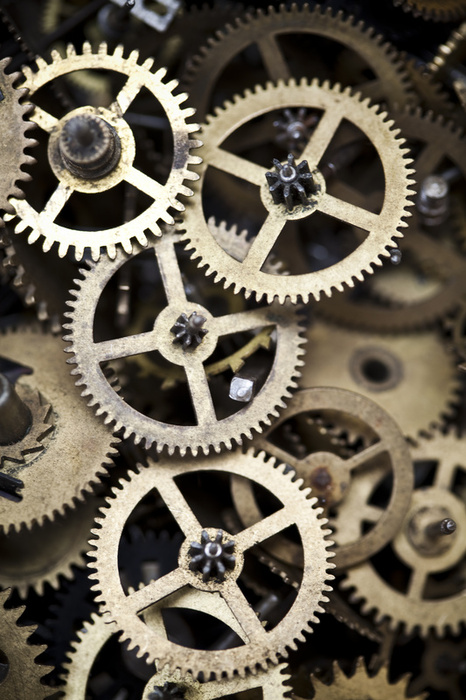 Many software shops start by building a monolith. This works! It lets them focus on functionality and domain logic and avoids the overengineering needed to coordinate multiple services.

Monoliths don’t scale forever, though. They gradually get too big, too hard to work with, and too hard for new people to learn. At some point, people start talking about microservices, code modularization (aka components), and other ways to break up our monoliths and loosen the coupling between code. The problem they’re hoping to solve is:

Everything is too interdependent, and the dependencies are too diffuse, hidden, and implicit.

The standard solution to these problems is to formalize and explicitly define the way different pieces of code, written and maintained by different teams, interact with each other.

Ideally, teams work mostly within well defined chunks of the codebase that they own. Those chunks interact with each other through well defined APIs, maybe linked and deployed together, maybe remotely via RPC. They’re be managed as components (packages) in a build system. Teams negotiate their APIs with other teams that use them.

Ideally, to do all of these well, the org as a whole should standardize on a single API mechanism, or at most a few. Components should use common release processes, build systems, and RPC protocols as much as possible so that tools and practices are shared across the org. Occasionally a component will have unique requirements, due to eg a different language or platform, which is tolerable, but should be minimized.

The three options below are complementary, but not dependent. Do any of them, or all of them, in any order.

In monolithic codebases, any code often can (and does) call and use any other code. Data in ORM models is often the worst offender: code across the codebase can read and write a given object’s fields, which makes the database a de facto universal API. Not good.

One way to address this is language-based access control. In Python, for example, move internal code into private __* methods, which can’t easily called from outside the class. Member fields often have similar protective layers. Then, expose individual methods and fields deliberately, as needed.

(In Python, it’d be nice to find a similar technique for module level functions. __slots__ and __all__ don’t do it, nor does modifying __dict__.)

This is the smallest of the three options. It can be done gradually, model by model, app by app, module by module. No big bang switch needed. Here are a few possible paths, again using Python as an example:

(Sadly I haven’t yet found a __slots__/__all__ style enforcement mechanism for this.)

After that, possible next steps include:

Obviously, common package managers like pip and npm do much of this. The simplest straw man approach is to use them.

Alternatively, use one of the many modern build systems designed for large monorepos with multiple components and build targets (TODO: include newer options):

Microservices let teams decouple their service ops and releases from other teams in the same way modularization lets them decouple their code. The primary requirements are:

There are a number of open questions around how to do this in practice: authentication/authorization, whether and how to share storage, etc.

Here are lots of resources on RPC frameworks. Fortunately, many web apps already use RPCs! Specifically, a REST API over HTTP, often with JSON requests and responses. The simplest straw man proposal is to expand this as is.

There are lots of reasons not to use REST, though. In order of importance:

Here are some likely alternatives: