OK, I know it’s Friday – well, technically Saturday – , and I’m just now getting around to posting about what I did last weekend. It was an epic weekend. Don’t worry, though, I didn’t write an epic poem about it…just a rather long post. (Oh, and pictures too.) 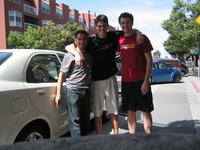 Since the beginning of last year, Ken and Nick have throw a dance party every quarter, often with “supervision” from Peter, Isaac, Bill, and me). The parties were very successful and grew to be quite big, quite fast, due in no small part to their infamous video invitations. There are a few pictures from past parties posted. (Ooh…palliteration!)

Unfortunately, life came down hard on the residents of 303 College Ave. this quarter, and free time was hard to come by. So, in lieu of a full-fledged dance party, Ken, Nick, and Peter hosted a barbeque. The same crowd came, but instead of bumping and grinding with the lights turned off, we actually spent the whole time socializing. It was a radical idea, and they knew it was risky, but it turned out to be lots of fun for everyone involved. Moreover, a special celebrity guest – Maulik – flew in just for this event! Lucky for us, he had so much fun that he decided to stay for the weekend. 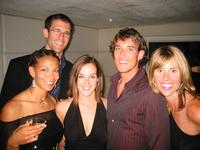 After the barbeque, Nathan and I caravanned up to the city. We headed straight for Cloud 9, where fellow Googlers Josh McFarland and Mike Stoppelman were the promoters for a party called Hydrate. It was a blast. It was saturated with Stanford and Google people, so we couldn’t take more than a few steps without bumping into people we knew, but hadn’t seen for a while. It was almost reminiscent of a frat party, but in a nice venue, with good music, good drinks, and a fun crowd. (OK, so maybe it wasn’t reminiscent of a frat party after all.)

The next morning, I woke up, went to the gym, and did absolutely nothing noteworthy. Luckily, Maulik and Ken showed up around 6pm and dragged me out of the apartment. We picked up Nathan and headed straight for Berkeley’s famous sari district, where Maulik went shopping. After picking out a few saris, he haggled one seller’s price from $300 down to $26.10, a Bart ticket, and a invitation to Gmail. We were impressed, but Maulik wasn’t. In India, he said, he could have bought them for a few rupees and a stick of gum. 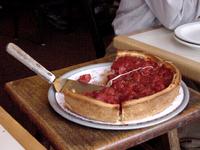 By this time, we were starving. We picked up John and headed straight for Zachary’s Pizza, a Berkeley tradition. If you’ve never had Zachary’s, it’s best described as lasagna with pizza dough instead of pasta. It’s, for lack of a better word, substantial. Of course, we figured even Zachary’s wasn’t enough for six hungry guys, so we stopped by Safeway on the way back to John’s house. Walter met us there, and we all got down to the serious business of eating pizza and watching basketball.

Ok. Satiated, we started planning our next move. We discussed our options, and decided our best bet was to get up off the couch.

Fifteen minutes later, we got up off the couch. We connected with Kieran, Denise, and a group of John’s friends, and we all headed out to Belladonna, Berkeley’s premiere women’s spiritual healing, divination, exorcism, and day spa center. Oh, and cafe. (It had space for 50 people. Maybe. Assuming they’re all midgets.) 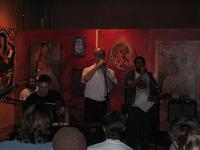 Unlikely, yes, but Belladonna was the venue for a Songfight concert featuring the one, the only, the incomparable MC Frontalot. Frontalot is a practitioner of nerdcore hiphop, and he’s damn good at what he does. Front rocked the house. Maulik and I have been listening to him for years, so we loved every minute of it. But more importantly, most of the people in our group had never heard him before, and even so, they had a blast. Maulik and I bought t-shirts and CDs, and, get this, Maulik forgot to haggle. It was that good.

After the concert, smiling and rubbing our ears, we headed back to the city and made a beeline straight for Ruby Skye, where Lissandra and a few friends held their birthday party. There, I patronized an oxygen bar for the first time, which was a cute gimmick, if harmless. Apart from that, and some illicit gambling on the night’s activities, we all partied like rock stars until they kicked us out. Well, most of us did…some people left early because they had to get up early for some running thing. Bet you’re Bonkers, I think it was called.

Ken and Maulik crashed at my place on Saturday night. Sunday morning, I woke up hungry, and went out to grab them and head for the cafeteria. Then I realized that, even if they were sleeping in the next room, we weren’t in college any more. So, we headed to Delancey Street Restaurant for breakfast. I have a Sunday morning tradition there – I order a pumpkin waffle, the waiter smiles, and ten minutes later I get an omelette. Or pancakes. Or pretty much anything except a pumpkin waffle. The guys at Penny Arcade had a similar experience with Amazon, and they weren’t amused either.

After breakfast, we realized that we’d spent almost an entire weekend away from computers. We were beginning to see withdrawal symptoms, so we figured the best cure would be a good hit of unadulterated tech geekiness. Wired’s Nextfest at Fort Mason was just the ticket. 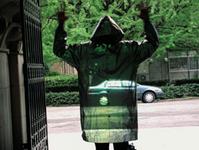 We spent a couple hours driving, parking, standing in line, walking, and standing in line some more. We were doing a convincing impression of cattle when we finally made it into the building. The show included an odd amalgam of corporate R&D, tech marketing razzle-dazzle, and actual substantive research project from DARPA, NSF, and the MIT Media Lab. The standouts included flying cars, a coat that turns you transparent, and videogames you control with your mind. (No, I’m not kidding.) Guest speakers included John Carmack of id Software and Armadillo Aerospace fame. 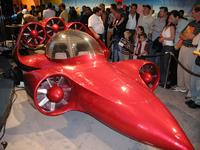 Whew! Writing all of that down wasn’t quite as tiring as actually doing it…but still, I’m out of jokes. Take pity on me, and imagine a funny closing punchline. Or, even better, start looking forward to Ken/Nick/Peter’s next party! Light-up dance floor, anyone?

One thought on “Maulik’s Epic Visit”