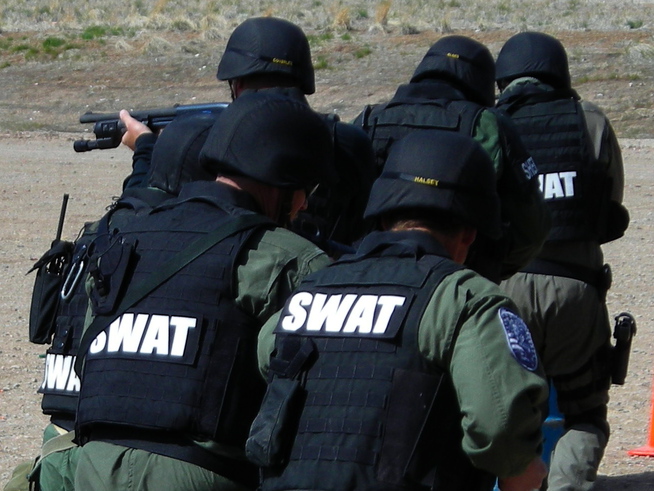 Silo SWAT0 is a variant where one or two people (but not all three) participate entirely inside a silo. The other participant(s) interact with the silo participants via POSSE, backfeed, and silo feed proxies and converters like facebook-atom.

Kyle Mahan and I did an end to end silo SWAT0 test on Facebook on 2015-11-16. We did another with Ben Werdmülller live at Homebrew Website Club on 2015-11-18. We think these were the first ever, at least on purpose. (Ironically, the tools and services we used have been up and running for a while, with many users, so it’s probably already happened many times over without anyone noticing.)

1a. Snoopy (A) takes a picture, posts it to snarfed.org (WordPress) with the WordPress Android app, and tags me (B) by including a u-category h-card link to snarfed.org. 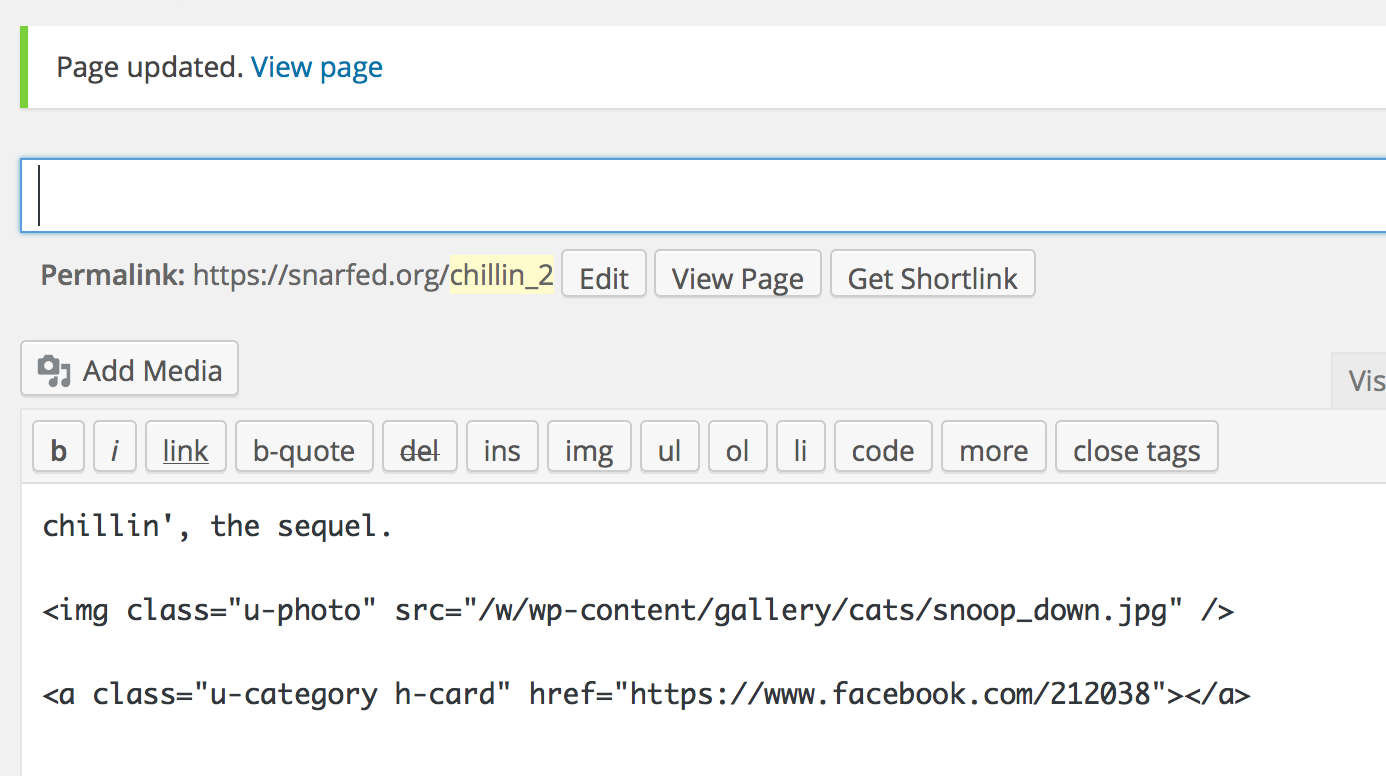 1b. Snoopy also includes a Bridgy Publish link in the post. The WordPress Webmention plugin sees it and sends a webmention to Bridgy, which triggers it to POSSE the post to Facebook. 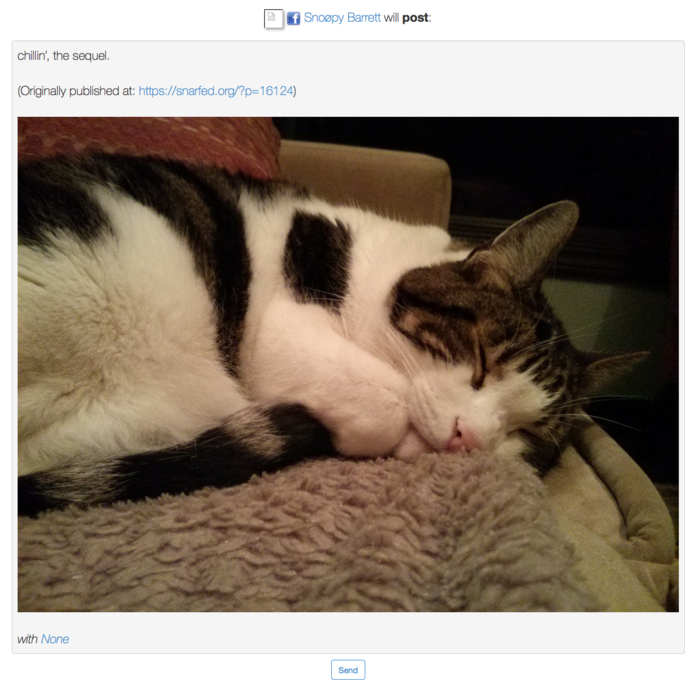 1c. The picture appears on Facebook, with me tagged. 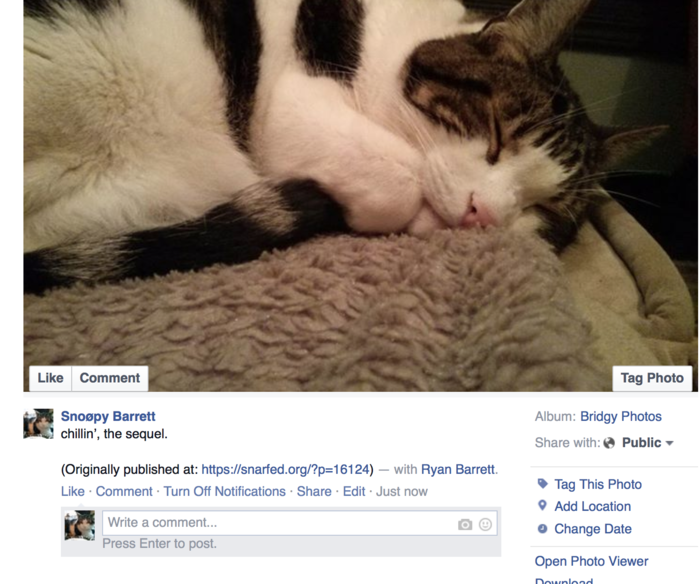 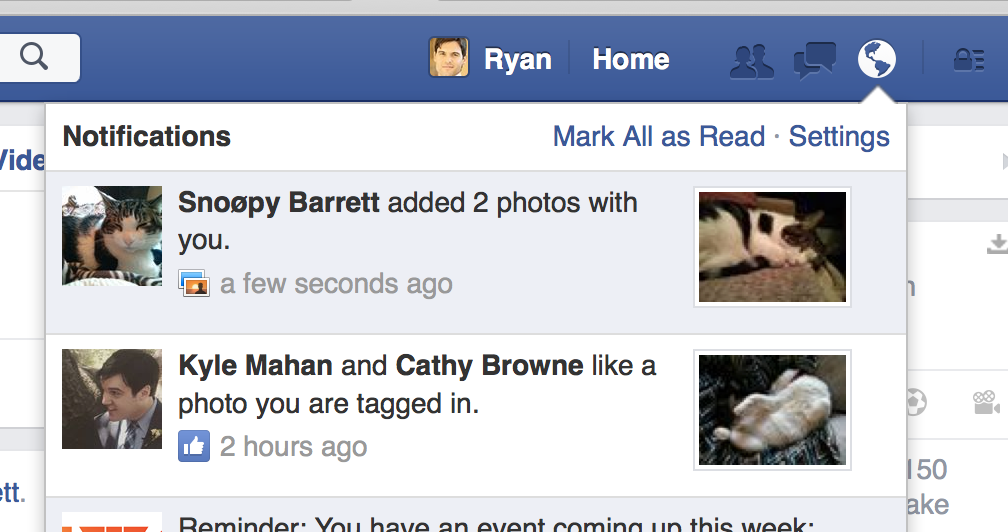 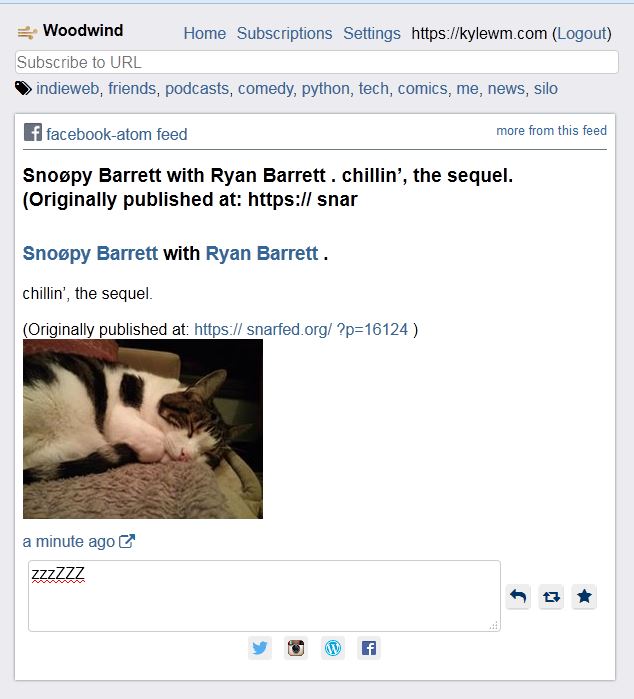 4a. Woodwind supports inline commenting, liking, and reposting via micropub. Kyle comments on the picture inside Woodwind, which posts the comment to his site, running Redwind. 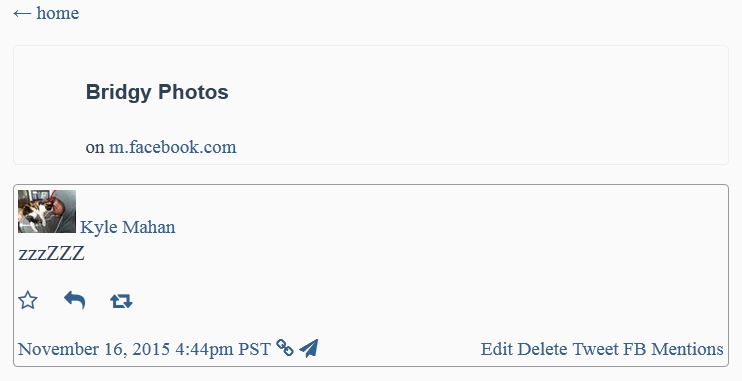 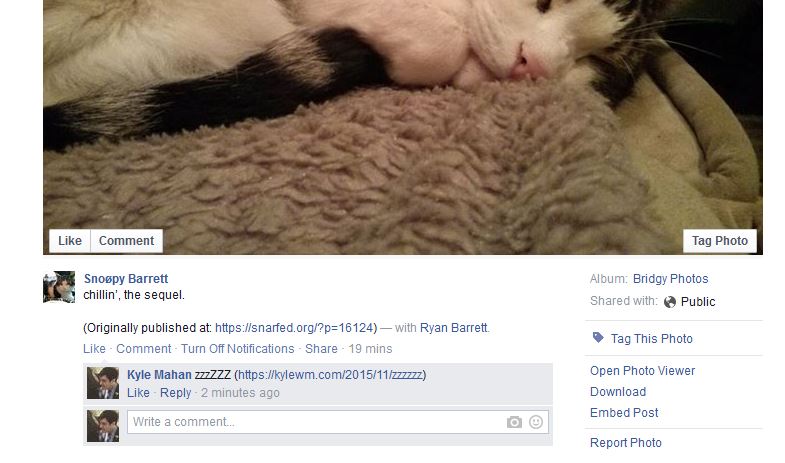 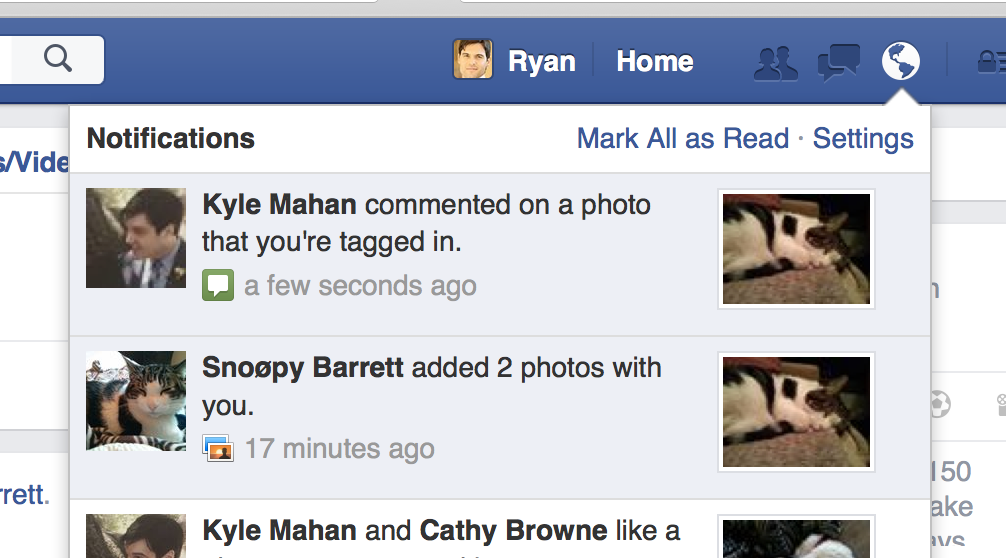 5b. This triggers WordPress to email Snoopy and notify him of the comment.