I like media. I like it in all its forms, especially the mainstream ones: books, movies, TV, and games. I’ve come across some particularly good stuff recently. If you have an hour to kill, or two, or ten, these are well worth your time.

Remainder, by Tom McCarthy, is the best novel I’ve read in a long time. It’s quirky, captivating, powerful modern literature. It snuck up on me, and when I pulled back the curtain, it hit me like a freight train at full speed. Highly recommended.

Knytt is an striking little game. It’s simply animated, has no enemies, and only lasts a couple hours. It’s overwhelmingly immersive, though. In places, the ambience is downright haunting. I couldn’t stop playing it.

Breakfast at Tiffany’s is a classic, but I hadn’t seen it until recently. I thoroughly enjoyed it. The characters are unique, and Audrey Hepburn and George Peppard are unforgettable. Hepburn is also gorgeous, which doesn’t hurt. :P I need to read the Truman Capote book now!

I almost stopped watching Battlestar Galactica after its over-the-top second season finale. I’m glad I gave it another chance. The setting may be outer space, but the show is actually about religion and spirituality, politics, interpersonal relationships, the military, and other decidedly non-Trekkie topics. It’s very, very compelling. 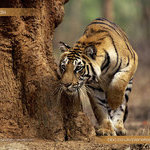 I’ve only seen parts of Planet Earth, but it rocks. Add the BBC, the Discovery Channel, a $25M production budget, and close-ups of animals never before caught on camera, and you get a beautiful, riveting documentary. It’s next on my queue.

I’ve also enjoyed the books SoMa and Dreaming in Code, the movies United 93, A Scanner Darkly, and Brick, the games Psychonauts and Zelda: A Link to the Past, and Lost and Weeds on TV. More on books and games.