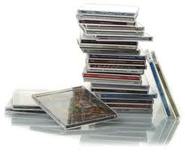 First sale doctrine – your legal right in the US to sell a book, movie, CD, or game that you own – has never really made sense to me. It implies that a piece of media is a durable good, which means its value doesn’t get used up over time and doesn’t depend on its owner. For most media, though, that just seems plain wrong.

The classic example of a durable good is the car. Assuming routine maintenance, the lifespan of a modern car is over 100,000 miles, or roughly five to fifteen years. Cars are also rivalrous, ie only useful to one owner at a time, but it generally doesn’t matter who the owner is. A car is just as useful to anyone who can and will drive it.

Media is different. Personally, after I’ve read a book or watched a movie or played a game a few times, I feel like I’ve gotten most of the value I’m going to get from it. I’d replay some games and reread some books, but not many, and even then, the marginal value gets pretty damn low after the first few times.

This doesn’t apply across the board, of course. People happily replay music for years, or even decades. Still, most media seems like a consumable in that I can use it up…but the catch is I only use it up for me. If I sell it to someone who hasn’t played it yet, it’s still brimming with value for them. This makes it a kind of virtual, owner-dependent consumable good.

Economics and property law aren’t as comfortable with this as they are with straightforward durable and consumable goods, and first sale doctrine is the clearest example I know of.

We generally want laws to encourage good things and discourage bad things. In this case, if someone derives value from a piece of media, we want the creator of that work to be compensated. Basic market economics.

Given that, if media is an owner-dependent consumable, first sale doctrine seems unfair. People can keep reselling a single copy indefinitely, each one extracting the lion’s share of the value without compensating the creator or publisher. The used games debate is only the latest incarnation of this. The whole thing just seems broken, and I don’t see a benefit we get in exchange. 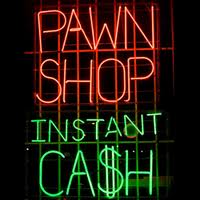 (I don’t consider cheap used media a benefit. Sure, media prices are probably artificially inflated right now, due to lost sales and the added potential resale value. If used markets disappeared, theoretically those prices should come back down. That would mean less revenue, but publishers and creators would capture all of it, instead of losing a chunk to unhelpful middlemen. That’s a win in my book.)

I know this makes me sound anti-consumer, but I’m not, honest! I do think the current system is a bit anti-creator, though, which is just as bad.

It’s worth noting that most media is out of print and not currently sold. First sale doctrine enables used markets, which make it possible to buy and experience that media legally. I see that as an argument for better distribution and archive access, though, not a direct argument for first sale doctrine per se.

Happily, digital distribution is already addressing this. Online stores have big back catalogs of “out of print” music, movies, ebooks, and games you can buy and play right now, and that will only grow over time.

More importantly, digital distribution points the way forward. When you buy a piece of digital media, instead of a physical artifact, you get a license, which isn’t bound by property law or first sale doctrine at all. It’s another example of technology gracefully working around outdated laws.

Interestingly, first sale doctrine is just a US thing. Does it need reform? Should we adopt the European droit de suite model? Can we let it quietly fade away, obsoleted by digital distribution? Or am I off base entirely? I don’t know, but it will definitely be interesting to watch and see!