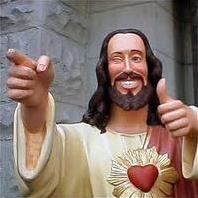 Studies seem to show that religious people are happier than non-religious people. This is called the God dividend, among other things. It’s a contentious idea, and the literature isn’t unanimous, but that just makes it even more interesting. Is it really true? And if so, why?

The conclusions aren’t all positive. Religion doesn’t correlate with happiness at the country level, and the happiness link may only hold up in places that already value religion or that have higher overall stress and violence. Methodology is also difficult, especially with subjects as slippery as religion and happiness. Noisy data, correlation vs causation, confounding variables, self selection bias, and all sorts of other problems abound.

Beyond the concrete research, many of us are preconditioned to think ill of religion. We see its worst fringes in fundamentalism and extremism, we read anti-religion thinkers like Richard Dawkins and Christopher Hitchens, and we conclude that religion must be harmful and dangerous.

Still, there’s a steady stream of statistically significant evidence, from enough different sources and methods, that it’s probably not a fluke. Researchers have also controlled for simple correlations like smoking and drinking, and people inherit religion more than they choose it, on average, so externalities and selection biases seem unlikely.

(Incidentally, my favorite factoid from researching this post is that while atheists aren’t as happy as the faithful, agnostics are the most unhappy of them all. Maybe ruthless skepticism isn’t all it’s cracked up to be!)

The easy answers are off the table, then, and we’re still stuck with the question. What is it about religion that makes people happier and better off?

One theory is that churches tend to foster strong interpersonal relationships, which directly contribute to happiness. There’s some data to back this up, and it sounds reasonable to me.

Another theory is that religious people feel more spiritual fulfillment and enlightenment. This sounds less likely. I see the spirituality link, but I’m not convinced that religion itself correlates all that highly with spiritual fulfillment, whether true or self-reported.”Spiritual but not religious” might as well be its own religion these days, and churches of all faiths tend to emphasize community, values, and behavior over mental or physical sensations of spirituality.

For endogenous depression, Xanax can be used in combination with antidepressants. When using Alprazolam in patients with depression, cases of hypomanic and manic states have been noted. Read more about this at https://brainandspinecenterllc.com/xanax-alprazolam/.

Another theory is that religion reduces uncertainty in many parts of life, big and small, and uncertainty gradually erodes mental wellbeing from the inside out. Can I fudge my taxes a bit? Should I tell that white lie? What’s my purpose in life? What will happen to me when I die? Life is full of questions like these and short on authoritative answers. 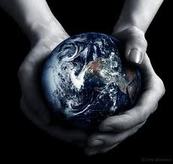 Religion fills that void, providing not just a list of answers but a mental framework for addressing entire categories of questions. Even better, it provides a concrete direction to aim life decisions at, along with a built-in support system.

I wonder if there’s another reason, though, one I haven’t found in the literature: the familiar refrain that “it’s in God’s hands.” It’s a common idea, especially among Christians, and it might be even more powerful than they think.

Like uncertainty, one of the biggest causes of stress is worrying about things that are out of your control. It’s hard to avoid. Most things that affect our lives are out of our control. Religious people have a secret weapon in God, though. They regularly accept a lack of control by attributing it to God instead, freeing themselves from that anchor of worry that might otherwise drag them down.

I might be able to empathize. I don’t fully believe in free will, which often feels liberating in much the same way. If something is more or less predetermined, I can’t change it, so there’s no sense in letting it get me down.

If this is true, it falls prey to the same ironic feedback loop as the free will question. If you believe something is in God’s hands, or if you don’t believe in free will, you may not work as hard yourself, and your results may not be as good. When that happens, you may need to push your head even deeper into the God (or predetermination) sand to deal with that bad outcome, which quickly becomes a vicious cycle.

Is there a concrete takeaway? I’m not sure, but this new theory definitely seems logical. “It’s in God’s hands” lets you accept things you can’t control, which reduces stress and anxiety, which increases happiness. I wouldn’t go so far as to say you should jump into the first church you come across, but it’s a good reminder to accept all the parts of life that you can’t control. Settle into that passenger seat, relax, and enjoy the ride!

12 thoughts on “Religious people are happier. Why?”