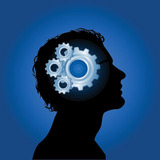 Part of my Unwriting series.

I don’t think we have free will. I don’t know for sure, but I’m fairly confident. Sad but true.

It’s an age old question of philosophy, and I don’t pretend to have anything new to add. I’m no philosopher or cognitive scientist or neuroscientist. God most certainly does not speak to me directly. Suffice it to say that the question largely boils down to dualism vs materialism, and I fall squarely on the materialist side, next to giants like Christof Koch and Daniel Dennett.

There aren’t many arguments for free will that resonate with me. Strip away the fancy rhetoric and logical gymnastics, and at their core, most explanations seem to stem from simple desire. “I want it. I can’t imagine it doesn’t exist. It must exist!” I can empathize, but that’s not exactly the scientific method. If anything, it convinces me that free will is a memeplex, one we believe so deeply that, like religion or consciousness, we can’t imagine life without it.

Instead of disproving free will, though, I’m curious what it means if I don’t believe in it. Do I end up sitting on the couch all day, rocking and staring at the wall and moaning softly to myself? Thankfully, no, at least not all the time.

To start, I don’t see much that truly needs it. We’re all rational learning machines…well, at least learning machines. We take in stimuli, process them, and react. We see the results and we gradually learn from them. That seems like sufficient explanation for most things. Even “higher” pursuits like science and politics will rumble on just fine, or at least no worse, if we’re just predictable automatons.

Or maybe there’s a compromise. We may well be on autopilot most of the time, like when we hear “What’s up?” and reply “Good, you?” When we’re deep in meaningful conversation, though, or absorbed in a creative pursuit, or weighing important life decisions, we feel pretty deliberate. We feel alive, intentional, individual. Maybe free will bubbles up in those moments.

If not, well, that’s ok with me. As I described earlier, I’m happy with my life. I may not believe in free will, but that doesn’t drive me to the couch with despair. Much the opposite, in fact, it’s a wonderful sense of freedom. I’m still responsible in the “actions have consequences” sense, but not in the “I’m driving my life” sense. I’d take the same route regardless! So I keep driving, just as if I believed, but I don’t worry about navigating, or road signs, or even changing the radio station. I just enjoy the ride.

2 thoughts on “If there is no free will…then what?”