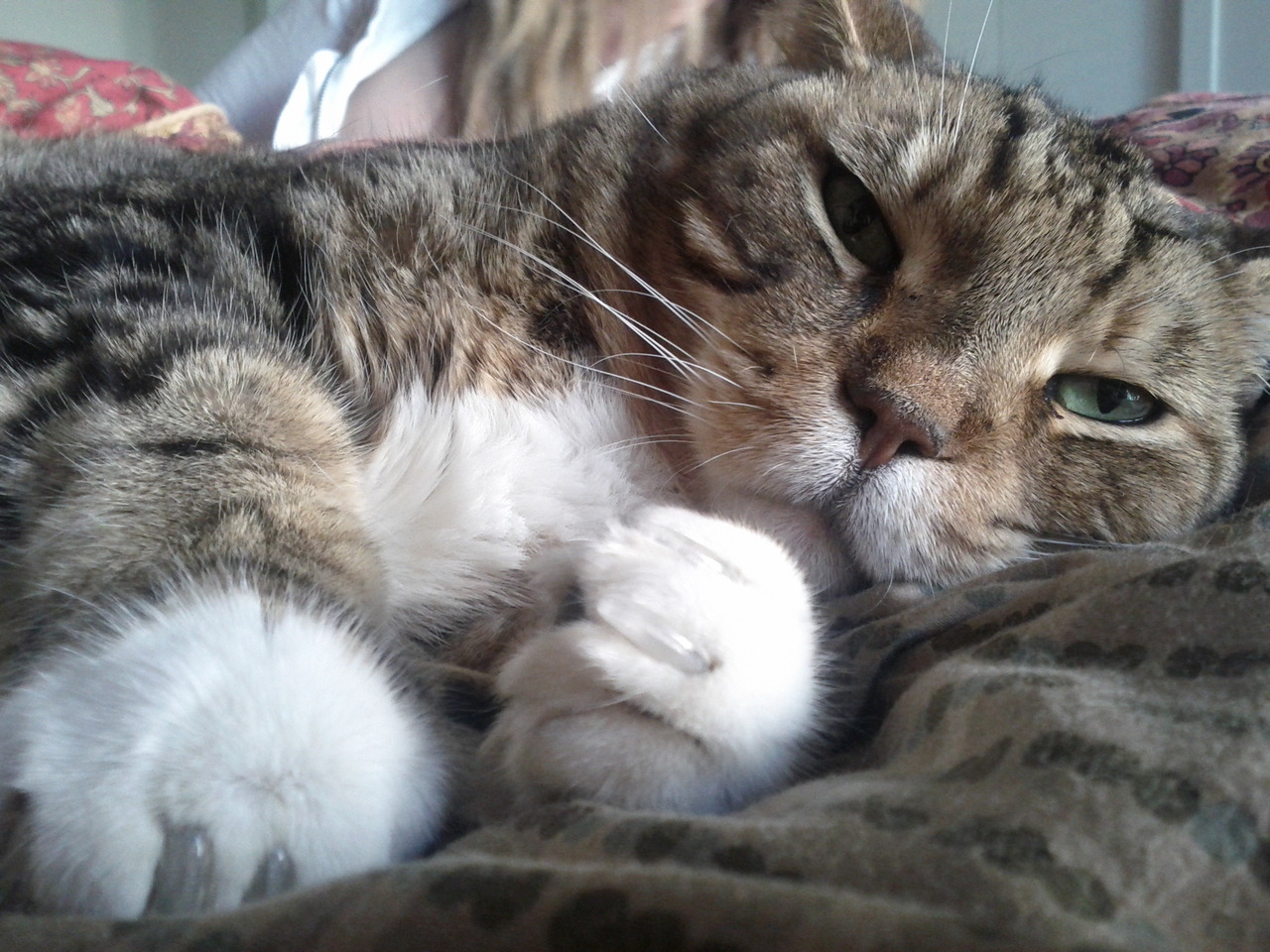 Life dealt Charlie a rough hand from the very beginning. He was found just a few weeks old on the streets of downtown San Jose, dodging cars and people, alone and scared of his own shadow.

Charlie was a hermaphrodite. He had a respiratory condition that made him wheeze and sneeze in fits and starts. The shelter guessed that his mother had kicked him out of the litter because he was different, unhealthy. His eyes probably weren’t even open yet. God knows how he survived on his own.

When Gina adopted him, he was jumpy and skittish. Avoiding dangers day and night as a baby had burned the flight reflex deep into his brain until he was on a hair trigger. He stayed wary of strangers his whole life.

He gradually warmed up to Gina, and later to me. He soaked up petting like he couldn’t get enough. He liked it so hard that we called it scrubbing. He’d lean way into it, flop down, roll over, and kick kick kick his hind leg out. When we rubbed his chin, he leaned way back and grinned from ear to ear. We called him Sharky.

Charlie remained skittish underfoot, running from us when we walked anywhere near him. He eventually found places around the house where he felt safe: the closet, the bed, and his favorite, a tray in the living room. He still ran from our feet, but only to the nearest safe place.

He wasn’t much for being held, but he loved being close to us. He’d creep up onto the sofa or the bed and purr at full volume. He purred so loud we nicknamed him Motorboat.

Surprisingly, he even learned to play. He smelled catnip from a mile away, digging his nose into it and rolling around like a pig. He loved other odd smells, too. We often found him in our closets, nuzzling deep into a shoe with a blissful expression on his face. And he loved chasing virtual bugs on the iPad.

Charlie was never very vocal, apart from sneezing and labored breathing, but later in life he started to find his voice. He began meowing a bit, first when we petted him, then when he wanted us to, and then whenever he felt like it. He didn’t cry or whine, just talked occasionally when he had something to say.

To me, Charlie was living proof that you’re not defined by your circumstances. His mother abandoned him to die as a newborn, leaving him to fend for himself in a concrete deathtrap. He shouldn’t have survived, he should have died of exposure, but he found shelter, then a home, then security and belonging. He learned that he deserved a place in this world. By the end, he’d even found a voice, and the courage to use it.

Charles disappeared a few days ago. We’d been away for almost a week visiting family for Christmas. When we got back, contractors were working on our house. We called for him and heard him meow in response, so we figured they’d scared him away, and he’d be back when they were gone. 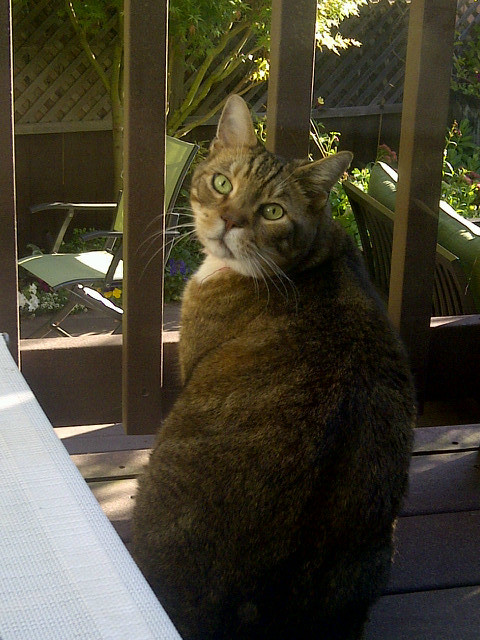 A day passed, then another. We called his name, clinked plates together, crawled under the deck, canvassed the neighborhood. We walked every inch of the field behind our house, digging through bushes and under logs and through brambles, calling for him constantly. We never heard him again.

Neighbors told us they’ve seen a coyote roaming that field recently. They’re known to hang out in Glen Canyon, near our house, and another neighbor who lost his own cat thinks the coyote took him. Maybe it got Charlie too. Or maybe it scared him far enough away that he’s lost. We don’t know. I keep hearing those last meows inside my head, haunting me.

Rest in peace, Charles. I’m glad you found your home, and your voice. You cheated death and lived a wonderful, full life. We loved you, and you loved us. We’ll miss you.