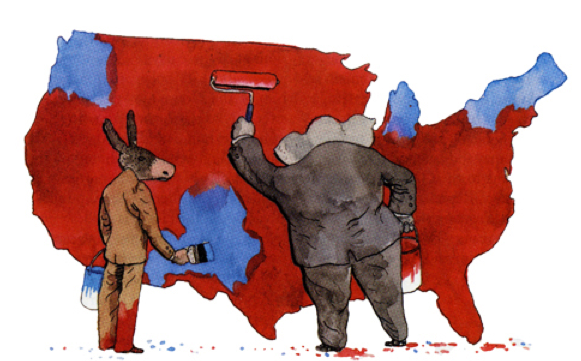 Stop me if you’ve heard this one. When the last presidential campaign rolled around, Barack Obama wasn’t excited about business as usual. Instead, his campaign hired a bunch of smart techies, whipped databases into shape and mined them until they cried uncle, raised more money and mobilized more volunteers than ever before, and coasted to victory while reporters fawned over his Internet savvy and hard-nosed number crunching.

Oh, you’ve heard it? How about this one: Obama was originally against gay marriage, but he famously changed his mind a couple years ago when public support gained critical mass. His opponents seized the opportunity to label him a “flip-flopper”, implying that he didn’t stand up for his beliefs.

I think they’re both symptoms of the same thing: the Internet. We all get excited that Obama, MoveOn.org, and other groups use social media and big data to mobilize and react to voters, volunteers, and donors. At the same time, legislators cry foul over gotcha journalism, ballot-box budgeting, and paper-thin politicians who change their positions at the slightest breeze of likes and retweets.

The criticisms resonate with me. We already worry that our politicians are gridlocked, inauthentic, and don’t follow through on their promises. A/B testing and instant online feedback will make this even worse, right?

I wonder. The whole point of representative democracy is for our elected officials to represent us, to make laws and interact with other officials in the ways we want. Historically, we’ve had only had a handful of tools for this: the heavy sledgehammer of elections, the press grenade we can’t hope to aim, opinion polls about as accurate as rusted-out nails, and finally the tiny glasses screwdrivers: letters, phone calls, and town hall meetings with actual constituents. These tools may get the job done, but they’re not great.

Technology can clearly help. Online petitions and micro-elections, direct communication over social media, and instantaneous, 24/7 press cycles now give politicians a continuous stream of feedback. Groups like Code for America, Data.gov, and GovHack praise this new world of empowered citizens. They’re usually silent on the drawbacks, though, such as flip-flopping. 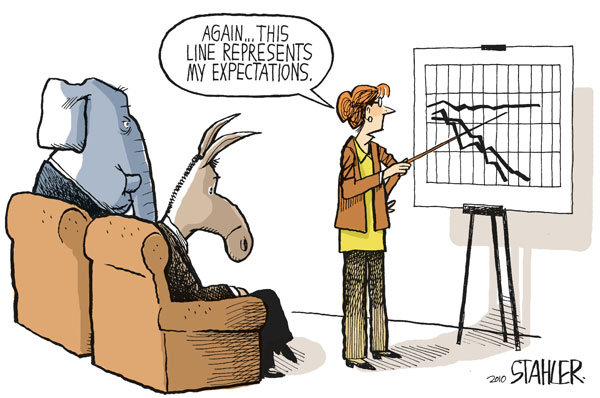 Take Obama’s gay marriage reversal. I don’t know if modern politicians change their minds more often due to technology, but if they do, would that be so bad? Say you supported gay marriage before Obama did. Aren’t you glad he come around eventually, instead of holding firm due to outdated public opinion polls – or worse, to avoid being accused of waffling?

Here’s a question: what if Obama didn’t actually change his mind at all? What if he changed his public position, but still personally opposed gay marriage? Would it matter whether he supported it in private or not, as long as he consistently supported it in public and voted for it?

The knee jerk reaction is, of course it would matter! But I don’t know. If his public actions were indistinguishable, then arguably it wouldn’t matter at all. Of course, that’s pretty unlikely. In reality, your personal beliefs motivate you to work hard and fight for what you believe in. Caring begets results.

Realistically though, most politicians care about getting re-elected more than any single issue. Modern technology lets them take our pulse faster, cheaper, and better than ever before. If that helps them hew more closely toward our desires so they can win elections, so much the better.

As usual, the conclusion isn’t that technology is inherently good or bad for politics, but that it amplifies and accelerates what we already want. In this case, though, I think that is inherently good. Representative democracy is all about getting us the government we want. If technology helps, so much the better! It may not solve the money part, or the gridlock or media echo chamber or any number of other problems, but I’ll take what I can get.

(Of course, that begs the question: is the government we want actually the government that’s best for us? I’m not convinced. But that’s a post for another day…)