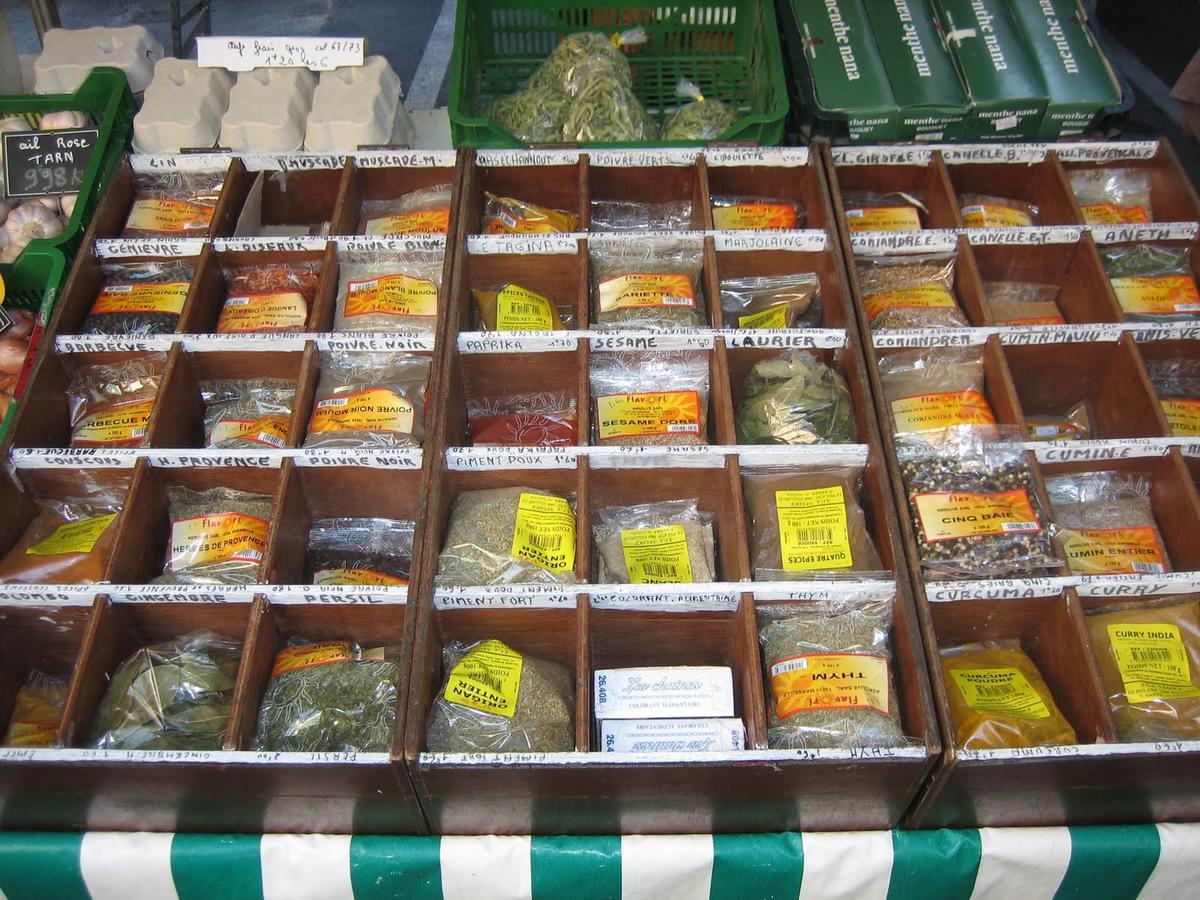 We spent most of our recent vacation in Paris and Barcelona, but we reserved the last four days for the south of France, specifically Nîmes and Sommières, a little town where Jeremy’s family is from.

Pictures are up; read on for impressions.

Jeremy’s mother invited a group of us to stay with her in Sommières: Jeremy, me, Jeremy’s brother Neils and his wife, Elaine, and two of their friends from Insead, where Neils is going to school. After the big city life, constant travel, and full time sightseeing of Paris and Barcelona, it was great to slow down and stay in one place for a while without much of an itinerary.

We took a train, the TGV, from Paris to Nîmes. High speed trains may not be new, but it was the first time I’d taken one. So simple, so easy, so little overhead! 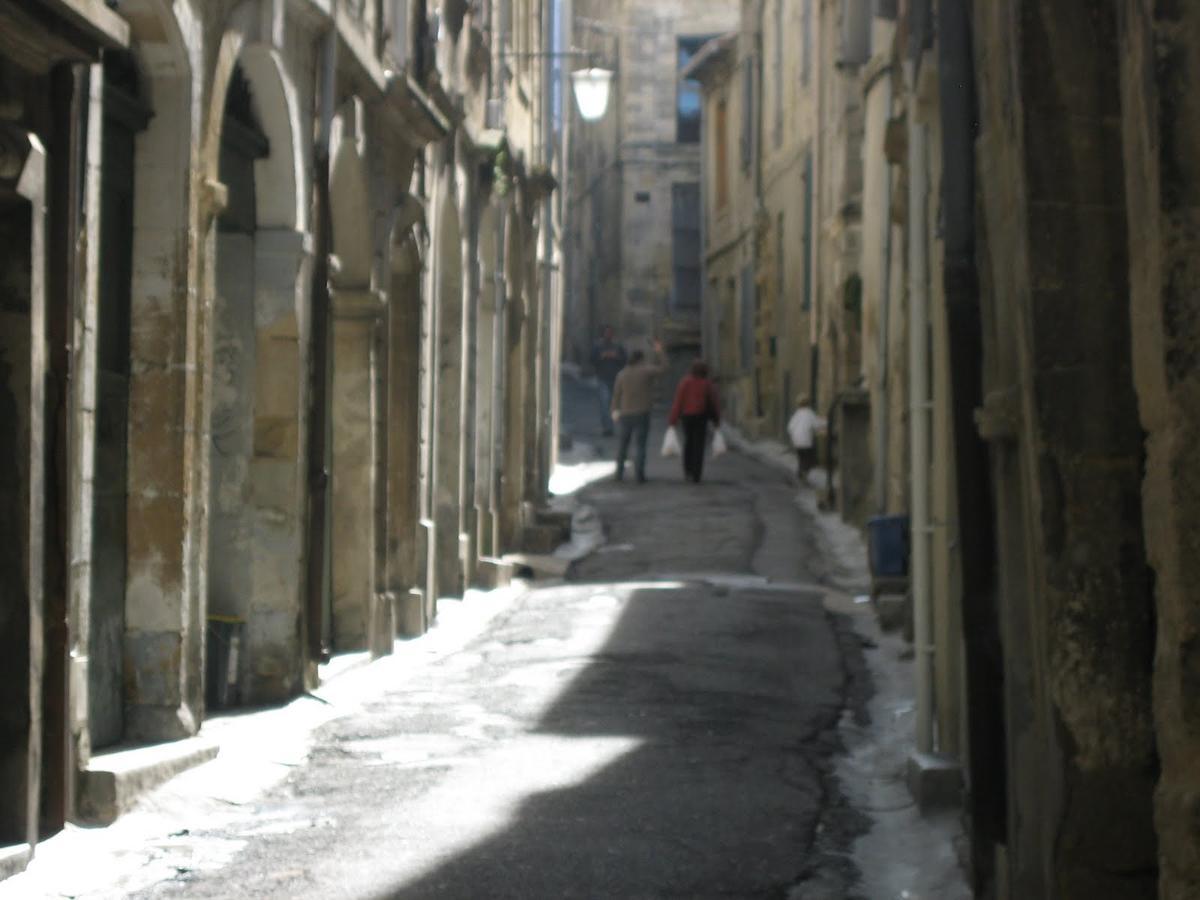 Nîmes was built and heavily influenced by the Romans. They built most of its enduring landmarks, including the imposing Maison Carrée, the aging Tour Magne, and the traditional Roman style Arenes, where gladiators once fought. It still hosts bull fights, concerts, and other events even now, which is remarkable.

The Roman influence is visible throughout the city. Garden landscapes, streets named after Roman emperors, statues in public squares, and common family names all betray that heritage.

Sommières is a small town about 30 minutes outside of Nîmes. Walking around Sommières was a trip. The narrow, winding cobblestone streets, the stone buildings built into steep hillsides, and the thousand year old foot bridges all made me feel like I was back in medieval Europe. 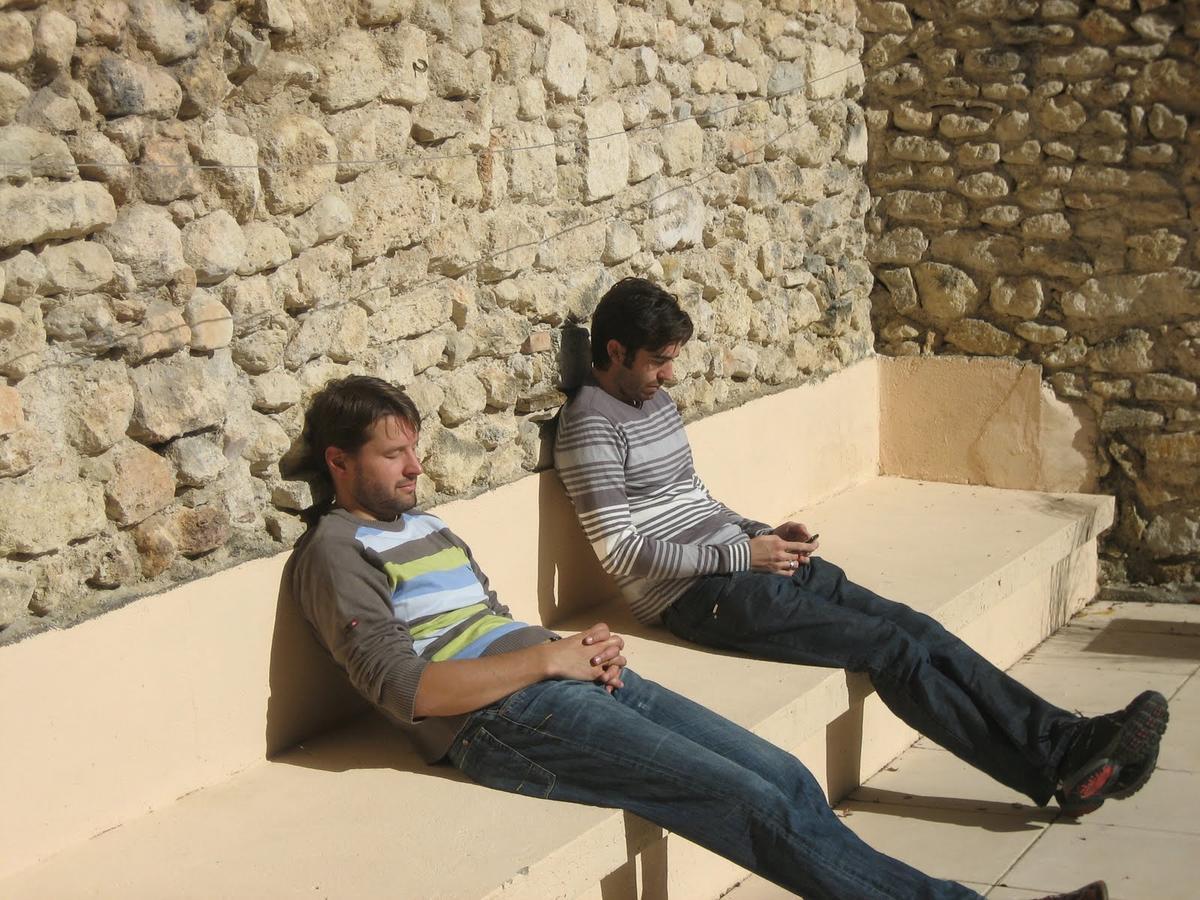 Evidently it’s packed in the high season, roughly June to September, but it was very quiet in late October.

Jeremy’s mother and her family grew up in Sommières, and they still own a traditional, U-shaped residence with a few different flats, a front gate that opens into a courtyard, and a sprawling garden and back yard. It felt very, very old world, which I enjoyed.

The area reminded me a lot of Napa and Marin here in northern California. Great weather, friendly people, slower lifestyle, lots of farmland and vineyards and bicycles. Evidently the French use it the same way too, as a fun, warm, relaxing getaway from city life. 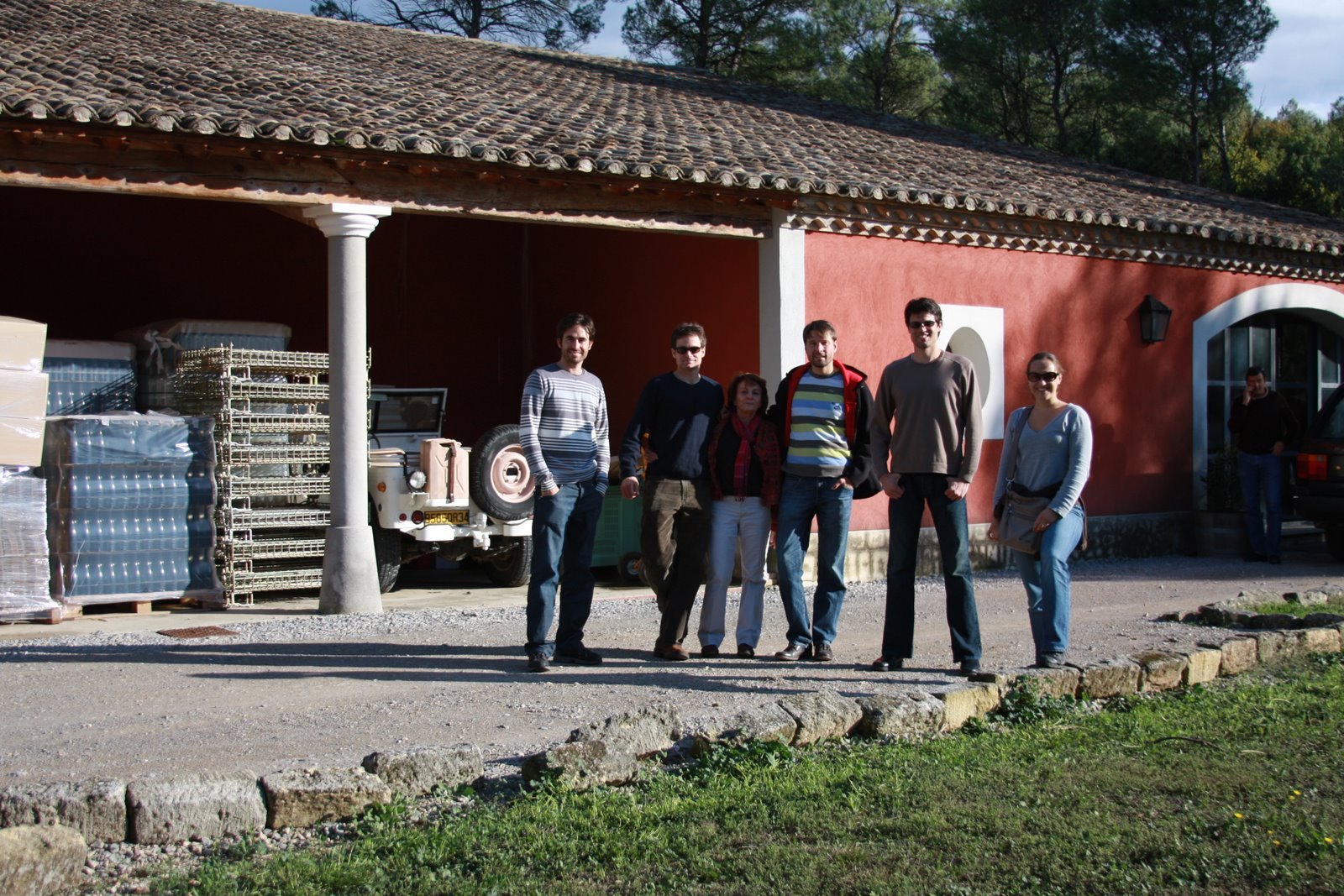 Of course, we had to go wine tasting. Neils and Elaine had visited Château La Clotte-Fontane recently, just outside Sommières, so we decided to go there. The owners, Maryline and Philippe, welcomed us and invited us back to their house for a tasting. The view was incredible. The conversation was mostly in French, since everyone else was fluent, but I still managed to catch bits and pieces. Sitting on their terrace, eating good sausage, and drinking great wine was one of the most memorable moments of the trip.

The next morning, Jeremy and I went for a trail run. We started on a bike path, but soon veered off onto a trail that passed old style French farm houses, camp sites, streams, vineyards, and other back woods scenery. It doesn’t sound like much, but I really enjoy running through interesting places – like I wished in the Versailles gardens – so this easily ranked as another memorable moment. We later took a group bike ride around the same area, complete with mini tandem for Jeremy’s nephew. 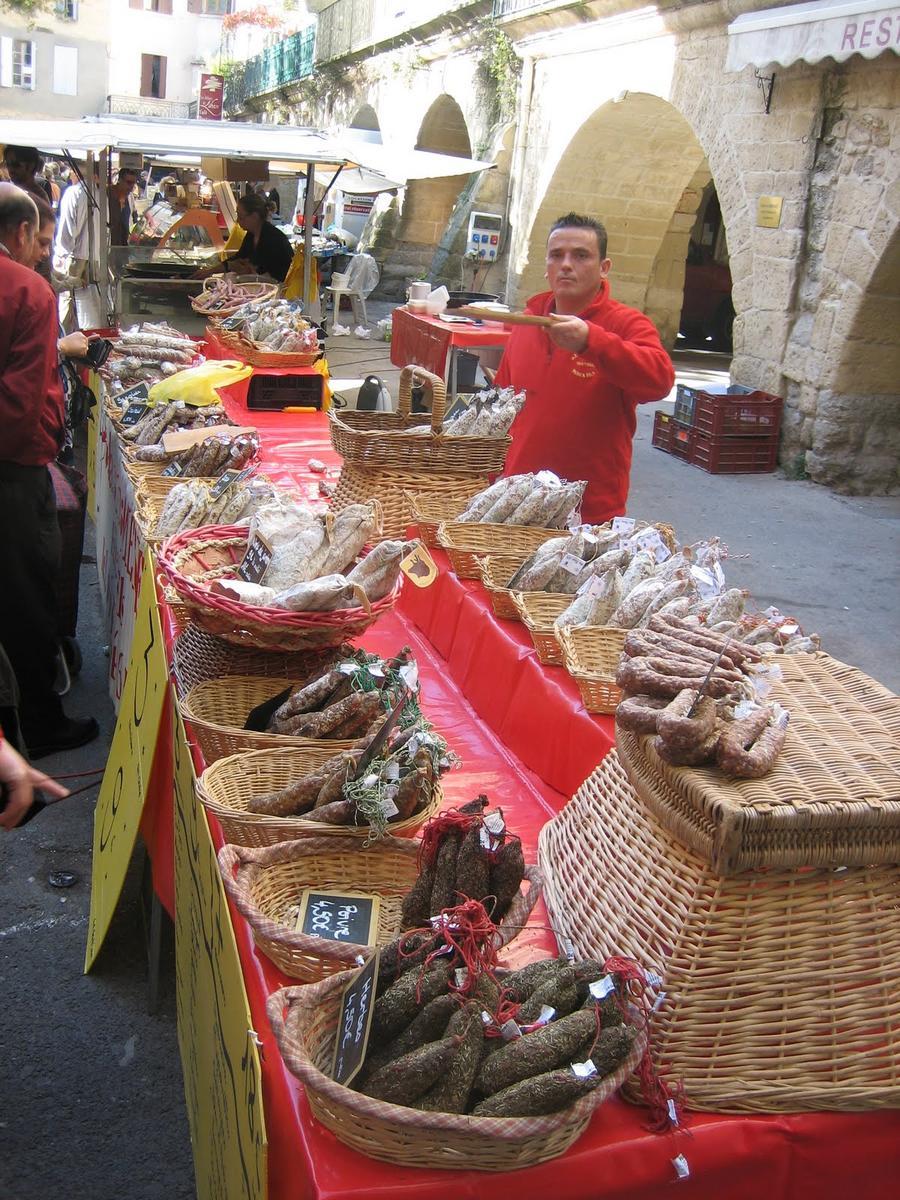 Later that day, we went to the Sunday market. It was similar to farmers markets here, less produce but more amazing cheeses, meats, herbs, and even a surprisingly good microbrew.

There were plenty of other highlights, including family of Jeremy’s who live in Sommières, traditional French meals, an impromptu concert, and exploring the rest of the town and countryside. All in all, it was a great way to end the trip.

Still to come are posts about food and drinks, museums and art, and overall impressions…