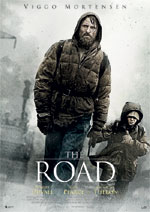 I love the tactile feel of a book in my hands. A shelf full of old friends in paperback and hardcover makes me feel all warm and fuzzy inside. Even so, I broke down and got a Kindle recently, and DRM notwithstanding, I love it.

I keep my reading list fairly up to date, but I’ve read some particularly good stuff recently, so I thought I’d share.

Cormac McCarthy’s The Road was the last, and easily the most intense. It paints a bleak, haunting picture of post-apocalyptic America so hopeless and visceral it hurts to read. McCarthy’s unrelenting focus is all the more striking for what he leaves out: the disaster itself, the place and time, and all but the briefest sketches of any characters beyond a father, his son, and their day to day struggle to survive. The Road won a Pulitzer and a number of other awards, and deserves every one.

I also loved Jonathan Franzen’s Freedom, another modern literature entry. Franzen reminds me of Tom Wolfe – they’re both good storytellers, but people are where they truly shine. Like The Corrections, Freedom‘s characters are explored so thoughtfully, so insightfully, with such depth and understanding that even real people seem a bit flat by comparison. 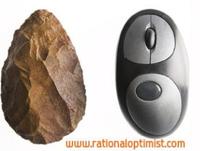 Taking a left turn, Matt Ridley’s The Rational Optimist is the best nonfiction book I’ve read in years. Ridley eviscerates the whining refrain that “everything is bad and getting worse,” popular in intellectual circles, with a razor sharp argument that the vast majority of things are damn good and have been getting better for millenia. He presents a mix of data, research, analysis, and anecdotes so compelling that Malcom Gladwell should take notes.

Neal Stephenson’s Anathem is another recent favorite. Stephenson aims his unique, speculative fiction style at a Long Now–inspired institution, part university and part monastery, that evolves over millenia while cities, religions, and entire civilizations rise and fall around it. Like his other books, Anathem subtly shifts its world in order to explore math, philosophy, and physics from entirely new perspectives.

Finally, the dark horse of the pack, Alan Moore and David Gibbons’s Watchmen. There are many comic books, but this is the canonical graphic novel, like Ocarina of Time widely considered to be the best in its class. I haven’t read many comics, but I believe it. Watchmen drops superhero tropes into an unapologetically real world, forcing them to deal with nuanced human relationships, a fragmented society and government, and the crushing advance of time and age. I appreciated its effortless mastery of form all the more thanks to Scott McCloud’s Understanding Comics, another masterpiece in its own right.

Others worth mentioning include Raymond Chandler’s The Big Sleep, Steven Levy’s In the Plex… and the inevitable duds. I had high hopes for Jennifer Egan’s A Visit from the Goon Squad, Pulitzer and all, and it wasn’t bad, but it wasn’t great. Many chapters were memorable as standalone vignettes, but they didn’t hang together, and the “experimental” chapter was, for me, almost unreadable.

On the other hand, Terry Pratchett’s The Color of Magic was perfectly serviceable, but it couldn’t hope to live up to my expectations. I’d misinterpreted its famous, fantasy parody setting Discworld as a literally two dimensional place, complete with mind-warping adventures of the “can’t go over it, gotta go around it!” variety. It’s silly, I know, but I was disappointed by the real thing.

Regardless, the good books still far outweighed the bad. I’m looking forward to the next batch!