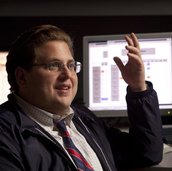 I’ve seen some interesting geek heroes in popular media recently. A lab biologist saves the day in Contagion by formulating a vaccine to stop the massive plague sweeping the planet. Moneyball glamorizes quants and statistics geeks, a special breed considered brainy and painfully dull even by other geeks.

By itself, geeks as heroes isn’t interesting. Geek chic has been around for a long time, as demonstrated by consumer technology, startup culture, indie rock, and TV shows like Heroes and Big Bang Theory. Hell, Ashton Kutcher is an angel investor now, and not half bad at it from what I hear. (OK, he doesn’t lead, but still.)

No, the interesting part is that these hero geeks were a non-issue. Geek chic so far has been self-aware, achingly ironic, “hey look these weird people are now cool!” In contrast, the geeks in these movies triumphed, but the directors didn’t dwell on it. They were socially awkward and didn’t wear makeup, but it wasn’t overstated, and it wasn’t the point.

On a less mainstream note, I just finished David Foster Wallace‘s Infinite Jest, a howlingly weird, wonderful behemoth of a book. It doesn’t portray geeks as heroes, but it dives into their personalities with a sensitive, thorough, unflinchingly honest touch you don’t see very often. It’s not for the faint hearted, but if you like your social misfits with a bit of modern magical realism, it’s worth the time commitment.

Geeks are heroes, and no one bats an eye. Very interesting. Progress, of a sort!