I just finished my first Android app, Locale Music Plugin. I don’t expect to do much more mobile development, nor do I have any breakthrough ideas or conclusions, but it was a fun little side project, and I collected a few thoughts along the way.

First, the good. Android didn’t invent online app stores or self service publishing, but it does them well. I’m excited that I can consume and publish software (and media!) immediately, friction-free, anywhere and any time. Policy questions notwithstanding. I’m also happy I was alive beforehand, so I know how it used to work and why I should be thankful.

Android is a great example of the software-ization of our lives. For many of us, our smart phone is a personal utility belt, a daily magic wand. Much has been made of this, but for people who write code, it’s a Good Thing. One of the benefits espoused by the open source movement is scratching your own itch. As software reaches into more parts of our daily lives, we’re able to scratch more and more itches. That’s great for us hackers, and when we give that code back – even if we charge for it – it’s good for other people too.

I was also pleasantly surprised by the development tools. Android is a big platform with a big developer surface area: OS, SDK, APIs, new conceptual models, emulators and on-device debugging, packaging, online store and services, miscellaneous hardware inputs and outputs, and a multitude of devices. I didn’t try out everything, but I did use the core toolchain from end to end, and it was smooth and solid. 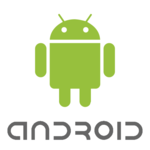 Naturally, though, it wasn’t all rainbows and ponies. A couple aspects struck me as particularly exciting, but when I pushed, I found them unfinished, all the more disappointing for showing me what could have been…but wasn’t.

First, modularity and reuse. Android apps are composed of activities, which can be reused by other apps via intents. Like so many frameworks before, this is intended to allow interoperability, expecially between apps that may not know anything about each other.

I like this. The catch is that designing for reuse, Steve Yegge style, takes time and effort, so most Android apps don’t. Unfortunately, the platform requires you to build on mechanisms that do allow reuse by default, which means many apps can be reused even though they never intended to and don’t support it well. In my case, the offending app was Google Music, but it’s just an example.

Second, storage and UI. I love that the primary storage is a relational database, WinFS style, instead of a filesystem. I was even more excited to find UI widgets that connect to it automatically. Just hook up the columns and presto, instant UI, no code necessary! Sadly, out of the dozens of built-in UI elements, only three do this. Why oh why didn’t they follow through on this wonderful idea? Hat tip to Kevin Gibbs and others for noticing this well before me.

Regardless, the good outweighed the bad. I had the full experience, even if it wasn’t a deep dive, and I enjoyed it. Thanks for a great platform, Android team!

9 thoughts on “Thoughts on writing my first Android app”