It’s that time of year again! No, not awards season…Bridgy stats time!

Looking at the graphs, the elephant in the room is clearly the Facebook shutdown. It was Bridgy’s second largest silo, numbering 1477 users when we were forced to disable it on August 1. Bittersweet.

On the plus side, I rearchitected in March and moved polling to a separate background service, which helped App Engine’s scheduler handle our workload much better. We now consistently run on one backend instance and one frontend instance, which brings costs down from $70-100/month to a very predictable $35-40. Winning! 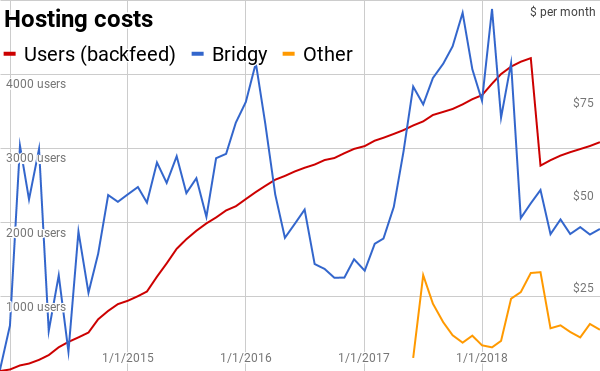 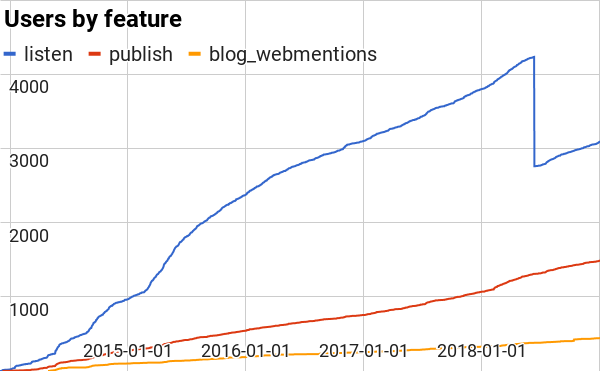 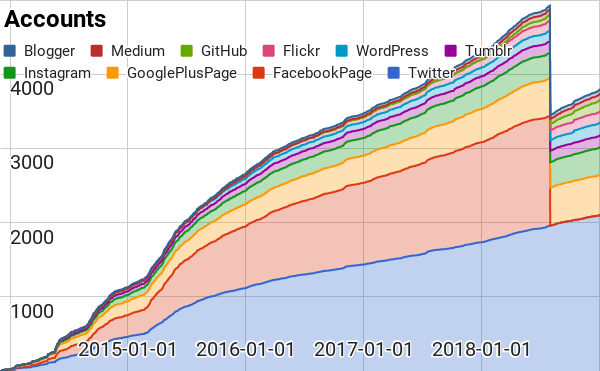 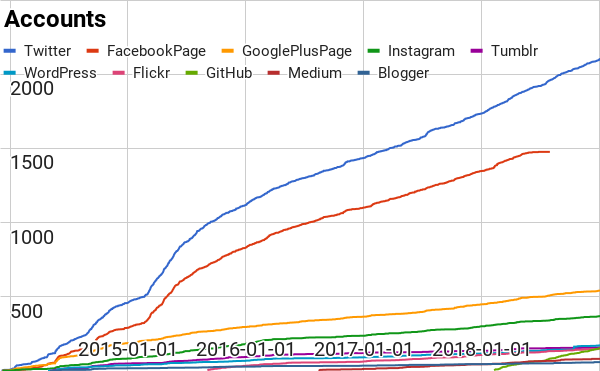 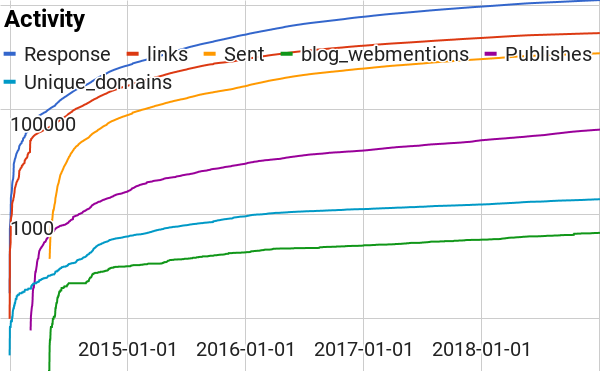 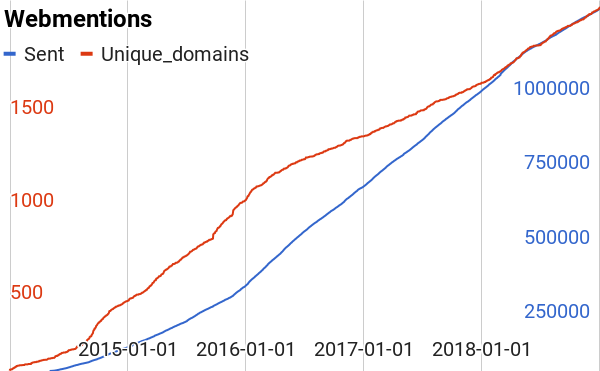