Another year down, another update on Bridgy‘s usage stats! We first announced these during State of the Indieweb at IndieWebCamp West 2020, then posted them here for posterity. 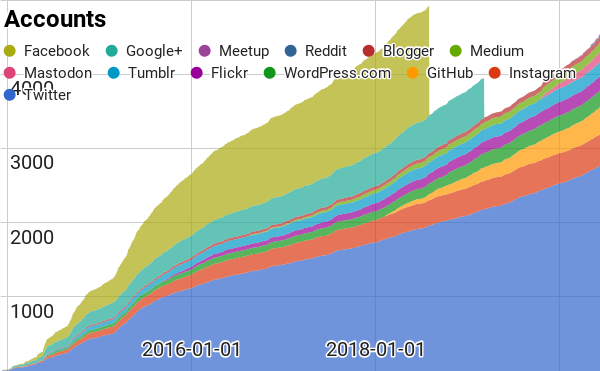 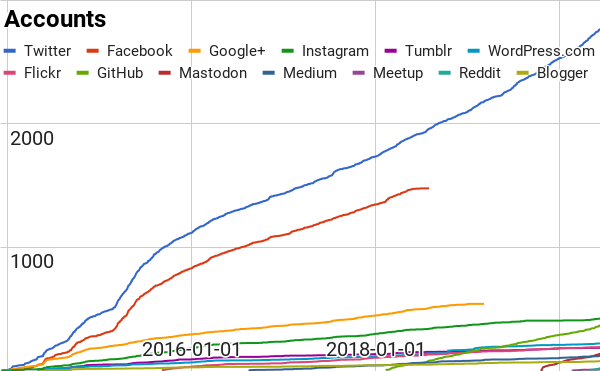 The most noticeable part of last year’s stats was losing Facebook and Google+. We made up for that this year by adding three new silos: Mastodon, Meetup, and Reddit. (Thanks Jamie, Will!) The real growth story over the past few years, however, has been GitHub. It has almost 400 users now, making it Bridgy’s third largest silo behind Twitter and Instagram!

Otherwise, growth continues apace, up and to the right. 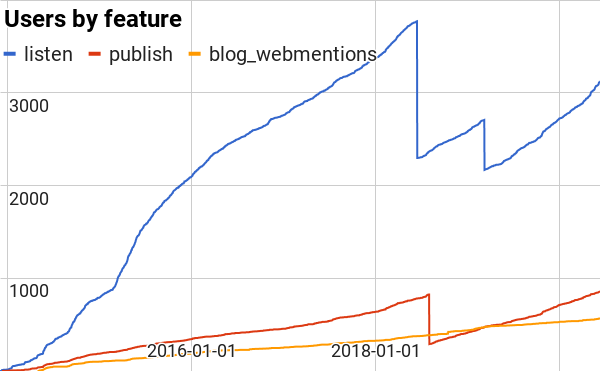 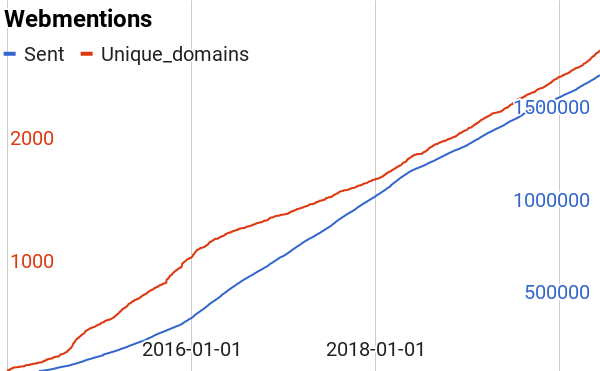 We’ve also seen the all time webmention count continue to increase. By our best estimates, we crossed 1M total webmentions sent in the wild in December 2017, 95% of which was sent or received by Bridgy. It’s now handled over 1.6M, so if that same proportion has held, then roughly 1.7M webmentions total have been sent in the wild to date. 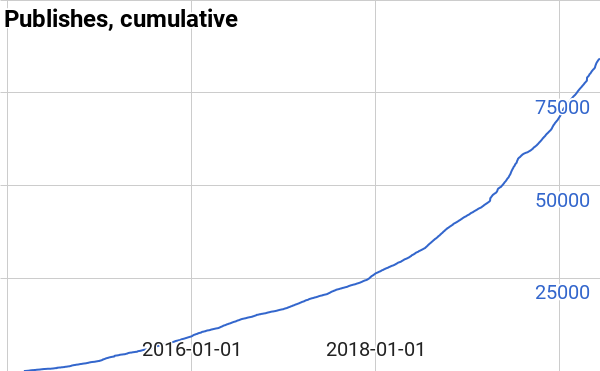 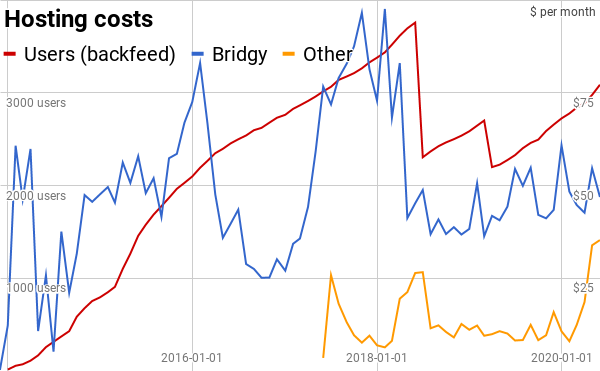 Also, this post has the ironic distinction of receiving the most webmentions ever (2441) from Bridgy, outside of home pages. Hmm.

Do any of you tech folk ever think about just quitting tech altogether? Opening a bakery, or retraining as a park ranger? I’d love to look after a forest for a living. There would be a far lower chance of a guy being in the forest and starting an argument due to his insecurities.